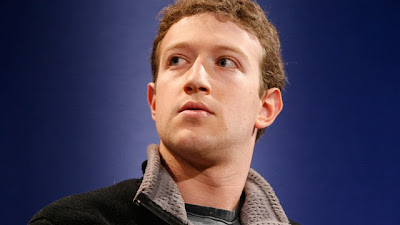 Wall Street analysts gave Facebook a lukewarm reception on the first day they were allowed to publicly issue their views of the company's stock.
Nearly six weeks after Facebook's flop of an IPO, at least 17 firms revealed a mostly tepid assessment of the social-network giant's shares Wednesday.
On average, analysts at the banks behind the IPO estimated the value of Facebook shares to be just under their $38 debut. Goldman Sachs valued the shares at $42, while analysts at JP Morgan Chase recommended a target of $45.
But those endorsements did little to lure investors on a day when the U.S. stock market ticked upward as a whole. Facebook stock fell to $32.23 Wednesday, down about 3 percent from yesterday. The shares had fallen more than 30 percent to $25 shortly after their disastrous debut, though they have regained some of that ground.
The lowest estimate, $25, came from Daniel Salmon, a research analyst at BMO Capital, who cited concerns about the pace of the social network's user growth. That was about how much shares sold for at their ebb in early June, though they hit $42 just hours after the May 18 IPO.
Analysts at Facebook's main underwriter, Morgan Stanley, recommended the same price Wall Street fixed for the shares when they first started selling, arguing in a report released Wednesday that the network's mobile transition will reap benefits in the long run.
"We view Facebook as a valuable long-term asset that has been penalized by a negative perception of its ability to navigate a transition to mobile usage," Morgan Stanley analysts wrote in the 90-page report. "We view Facebook's mobile transition as a near-term headwind but long-term opportunity, and investors that believe in Facebook's ability to execute over the next several years may be rewarded when the mobile monetization… narrows or closes."
The title of a report by Citigroup's Mark Mahaney may be a good guide to Wall Street's current attitude toward the company, which had 901 million monthly users as of March 2012: "Easy to 'Like,' Hard to Love."
The lesson from all this? Be careful whom you "friend."