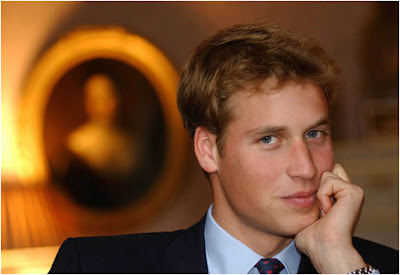 The man who once was among the world's most eligible bachelors has turned 30 — but things are not so bad for Prince William who stands to inherit an estimated $15.7 million under the terms of the will of his late mother, Diana.
The precise amount is not known because the current value of the trust set up by his mother has not been made public. The late Princess of Wales left most of her estate to sons William and Harry, who were aged 15 and 12 when she died in 1997 in a Paris car crash. The princes are able to claim their inheritances when they turn 30.
Diana, who was 36 when she died, left a net estate of about $20 million but it is estimated that the figure has grown through investments to more than $30 million.
Palace officials won't comment on William's private finances, and it is possible he may choose to leave the money in a trust.
His brother, Prince Harry, stands to inherit a similar amount when he turns 30 in 2014.
Palace officials say William will mark his birthday in private with his wife, the former Kate Middleton, and perhaps some close friends. They say a low key celebration is planned.
William has been pursuing a military career as a search-and-rescue helicopter pilot while easing into married life and taking on more royal duties. He is stationed at an air base in north Wales and was recently on a temporary deployment in the Falkland Islands in the south Atlantic.
He and his wife have made a number of public appearances in recent weeks, often representing his grandmother, Queen Elizabeth II, at events to mark her 60 years on the throne, a year-long celebration called the Diamond Jubilee.
He has seemed increasingly comfortable in public, escorting his wife, formally known as the Duchess of Cambridge, to high society soirees and "meet and greet" events.
There has been widespread speculation about the couple possibly starting a family. The talk has been fueled by William indicating that he would like to have children someday.
Along with his brother Prince Harry, they are expected to play a prominent role as special ambassadors at the London Olympics.
William is second in line for the throne behind his father, Prince Charles