The Truth About Buying Gold 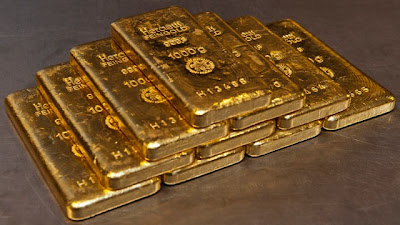 In May 2011, the Federal Trade Commission issued a consumer alert about the dangers of gold fraud.
It was a prescient warning. Five months later, in October 2011, con artist Jamie Campany told ABC News how he cheated nearly 1,400 people of nearly $30 million with a fake gold scam.
In February of this year, Goldline International, one of the country's largest dealers of gold and precious metals, agreed to pay $4.5 million to customers who had bought gold coins through them. The company, which gained hundreds of millions in sales from endorsements from conservative radio talk show host Glenn Beck, was accused of charging customers more than 55 percent more for their coins than their actual worth in gold. Under the terms of the settlement, Goldline is required to pay out an additional $800,000 into a fund towards settling any future gold fraud claims, ABC News reported.
As part of the settlement, all criminal charges were dropped against the company. But the question remains: How can consumers protect themselves from gold fraud? And should they even buy gold in the first place?
Peter Schiff, the CEO of Europe Pacific Precious Metals, thinks so.
"Some investors might be getting discouraged by gold's recent failure to rally off the crisis unfolding in Europe," said Schiff, author of "The Real Crash: America's Coming Bankruptcy -- How to Save Yourself and Your Country." "However, if they sell, they are making a mistake. Investors need to be patient and put short-term performance in its proper context. The long-term performance over the past 12 years has been stellar, and all the fundamentals that drove that performance are not only still intact but stronger than ever."
Janet Briaud, a certified financial planner and a partner at Briaud Financial Advisors, in College Station, Texas, suggested putting 10 percent of a person's portfolio in gold bullion.
"In the short run, gold can be a safe haven in a time of crisis," she said. "The markets worldwide are very volatile, with many different crises, including Europe and China declining to name a few. Owning some portion in gold makes sense in this type of environment as a hedge against storms that cannot be predicted."
That said, buying gold only makes sense if you have money you don't need right away. Gold is currently selling for $1578 an ounce, down significantly from its high of over $1900.
"Those who have very limited resources, especially senior citizens, are often manipulated to move all of their assets into gold with very high fees," she said.
If you don't have a lot of money, you're better off keeping your money and putting it in a bank with FDIC insurance, she added.
To avoid scams, Rick Rule, the chairman of Sprott US Holdings, a global resource investment manager, suggested consumers buy physical gold: bullion that was either issued by a sovereign bank or with a bar stamped by a reputable refinery like Engelhard. You can also purchase gold certificates from a trust like Sprott (PHYS) or SPDR Gold Trust (GLD).
No, certificates might not give you the complete security in case of a complete financial meltdown, "but they're certainly a convenient proxy," said Rule, who calls himself an "old fashioned gold bug."