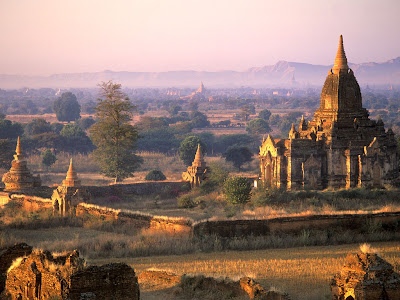 YANGON, Myanmar — State media in Myanmar say a court has sentenced two men to death for the rape and murder of a woman whose killing sparked a wave of communal violence that left more than 50 people dead.
The Myanma Ahlin daily reported Tuesday that the verdict was handed down Monday in western Rakhine state's Kyaukphyu district.
The 27-year-old Buddhist woman was killed by Rohingya Muslims on May 28. On June 3, a Buddhist mob dragged 10 Rohingyas off a bus and killed them.
The incidents helped set off almost a week of violence between ethnic Rakhine Buddhists and Rohingyas whom many view as illegal Bangladesh immigrants. Thousands of homes were burned and 50 people were killed.
No executions are known to have been carried out in Myanmar since at least 1988.