How Sex Abuse Victim Finally Got Predator Priest into Court 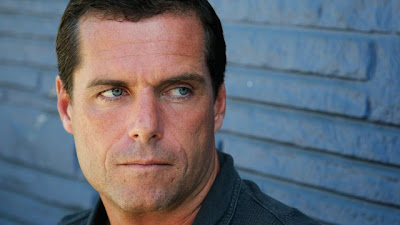 William Lynch dreamed of this day for more than 35 years, the day the priest who he said sexually abused him and his younger brother would be brought to court and his ugly crimes exposed.
The boys kept their painful secret for years, long past the six year statute of limitations California had in place at the time of the alleged crimes.
But today, William Lynch is finding his own form of personal justice. It's a risk he said he is willing to take, even if it means spending the next four years of his life behind bars.
The 44-year-old San Francisco man is on trial for felony assault and elder abuse charges after he allegedly beat the aging Jesuit at his retirement community in 2010.
Lynch was offered a plea deal of one year in jail in order to avoid going to trial. He declined. He said he wanted to see "Father Jerry" in court.
"I don't want to go to jail, but I've come to realize that this whole thing is really bigger than me and the way that I've chosen to handle this is to make a statement," Lynch told the Associated Press. "I'm prepared to take responsibility for anything I've been involved in. I'm willing to do it. I think it's a small sacrifice to get Father Jerry into court."
On Wednesday, decades after Lynch said he was brutally raped at age 7 and forced to perform sex acts on his 4-year-old brother, he came face-to-face with the aging priest in a Santa Clara County court room.
Father Jerold Lindner, now 67, told the court he remembered Lynch, but only as the man who attacked him at a Los Gatos, Calif., Jesuit retirement community where the priest has resided since 2001.
Lindner denied molesting Lynch and his younger brother on a camping trip to the Santa Cruz Mountains in 1974.
Lynch's attorney declared the priest had perjured himself and even prosecutor Vicki Gemetti said in her opening statement that she expected Lindner to lie on the stand or say he didn't remember certain events.
"The evidence will show [Lindner] molested the defendant all those years ago," she said, but urged the jury to focus on Lynch's attack.
In 2010, Lindner said he was told by the receptionist at his retirement community that he had a visitor.
"She said it had something to do with my brother dying," Lindner testified.
Lynch allegedly asked the priest if he remembered him and then began beating him.
Mary Eden was one of two witnesses to the alleged beating who testified on Wednesday.
"[The attacker] was saying Father Lindner ruined his life and his brother's life. I remember him using obscenities and being very angry," Eden said.
Lynch's case of alleged vigilante justice has attracted support from around the world and has shed light on a justice system many view as flawed.
The stoic defendant was flanked by supporters as he walked into the Hall of Justice in San Jose. Many of them have mobilized through a website and on Facebook. They carried signs that read "stop clergy sex abuse" and condemned the "Pedophile Playground" retirement community where Lindner, who has had previous allegations against him, lives.
Lynch and his brother were awarded $625,000 after filing a civil suit against Lindner in 1997. The priest was removed from active ministry and was moved to the Jesuit retirement community in 2001.
Lindner was named in two other abuse lawsuits, according to the Archdiocese of Los Angeles.