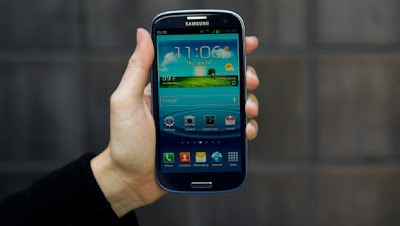 Samsung's Galaxy S III is expected to be a sales juggernaut, according to a new report.
Speaking to Reuters in an interview published yesterday, Samsung telecommunications chief JK Shin said he expects Galaxy S III sales to reach 10 million units during July. Samsung typically calls devices it shipped "sales," since the products have been sold into the retail channel, so it's not immediately clear if Shin's Galaxy S III figure is actual sales to consumers or simply units shipped.
Samsung's flagship handset is one of the most sought-after iPhone alternatives on the market. Just last week, in fact, Sprint announced that it was forced to delay the handset's June 21 launch because of "overwhelming demand." That followed a host of positive reviews that peg the handset as one of the top available now.
CNET last week posted its review of the Galaxy S III, and awarded it an Editors' Choice, earning four stars out of five. Reviewer Jessica Dolcourt said that the handset is "an excellent, top-end phone," and includes "high-performing hardware and creative software features."
The Galaxy S III, which is already available in Europe, is hoping to carry the torch its two predecessors passed. Earlier this month, Samsung announced that 52 million Galaxy S smartphones have so far been shipped worldwide since the original phone's launch in 2010.
But it hasn't been all good news for Samsung. Last week, the company announced that it would investigate a claim made by one Galaxy S III owner that his smartphone burned up. So far, the person is the only one to publicly announce the issue.
Samsung did not immediately respond to CNET's request for comment on how Shin arrived at the 10-million-units figure