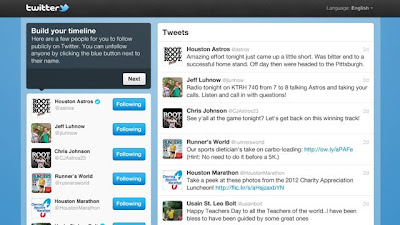 Today, at around 11:50 a.m. EDT, Twitter users may have seen their streams come to a screeching halt. The social network's service went down for most of its users.
These things happen -- notable because of the sheer volume of traffic on social media. By 1:40 p.m., Twitter reported that all "services are currently operational" -- but then it went down again.
Twitter attributes the outage to "cascaded bug" in one of their infrastructure components. In other words, major technical difficulties.
"The issue is on-going and engineers are working to resolve it," wrote Twitter's Robert Weeks.
Twitter used to be infamous for these periodic outages and the appearence of the "fail whale" error page. It has substantially improved its server capacity over the last two years.Users today were not seeing the "fail whale" page.
As of February, the Pew Internet and American Life Project reported that "some 15 percent of online adults use Twitter, and 8 percent do so on a typical day."