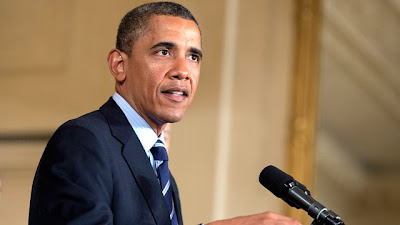 When candidate Barack Obama addressed the National Association of Latino Elected and Appointed Officials four years ago, he pledged to be a president NALEO members could come to view as a "partner in the White House."
"You know about the families all across this country who are out of work, or uninsured or struggling to pay rising costs for everything from a tank of gas to a bag of groceries," he told the group of state and local leaders at the time. "And that's why you know that we need change in this country."
The change Obama promised NALEO and Latinos was at once sweeping and bold, from "ending the housing crisis" to creating "millions of new jobs" and expanding minority enrollment in health insurance plans. He called immigration reform "a priority I will pursue from my very first day."
Now at a critical juncture in his bid for a second term, Obama returns to the group with many of those goals still works in progress, a source of frustration and disillusionment for some of his ardent Latino supporters. He'll make the case that the country is moving forward despite an uncooperative GOP, and that he needs more time.
The collapse of the housing market and a foreclosure wave continues to hit Latino homeowners disproportionately hard, studies find, with market recovery still struggling to take hold. On health care, roughly three times as many Latinos are uninsured than are non-Hispanic whites. And Latino unemployment is on the rise, at 11 percent in May, up from 10.3 percent in April and March, according to the Labor Department, which is higher than the national average.
"Latinos in our polling have told us they feel Hispanics have been hit harder than other groups by the recession, and many Latinos say that the recession has hit them hardest when it comes to unemployment, home ownership and their neighborhoods," said Mark Hugo Lopez, an associate director at the Pew Hispanic Center.
Comprehensive immigration reform legislation remains a rough blueprint, having received little "priority" treatment from Obama to advance it on Capitol Hill despite two years of a Democrat-controlled Congress. Meanwhile, the administration raised deportations to record highs while illegal border crossings slumped to new lows.
President Obama did make a concerted push for the Dream Act in late 2010, but it failed in the Senate with five Democrats joining a majority of Republicans in voting "no." Under pressure from advocates to take executive action to enact the spirit of the bill, Obama demurred, even suggesting it was beyond his authority. Then, last week he reversed course, ordering an end to deportation for some young illegal immigrants, and offering work permits under certain circumstances.
The move catapulted his approval rating with Hispanics in the polls, though most saw it as more motivated by politics than principle.
"Still, the support for the president among Hispanics remains strong in a horse race against Mitt Romney," said Lopez. Obama won the demographic by a 2 to 1 margin in 2008 -- a margin that appears to hold or grow in early 2012 polls.
The key for both sides in the 2012 presidential race, Lopez said, will be registering and mobilizing Hispanic supporters to get them to the polls. Turnout and enthusiasm among Hispanics on the margins in swing states could make all the difference in a close race.
In Florida, where Obama makes his fourth visit of the year today, a new Quinnipiac University poll finds Obama with a narrow 46 to 42 percent lead over Mitt Romney. Among Hispanics, Obama leads the presumptive GOP nominee by 10 points, 49 to 39 percent, the poll finds. It has a margin of error of 2.4 points.