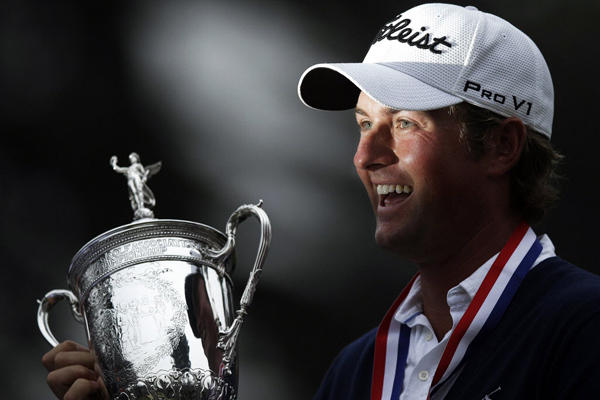 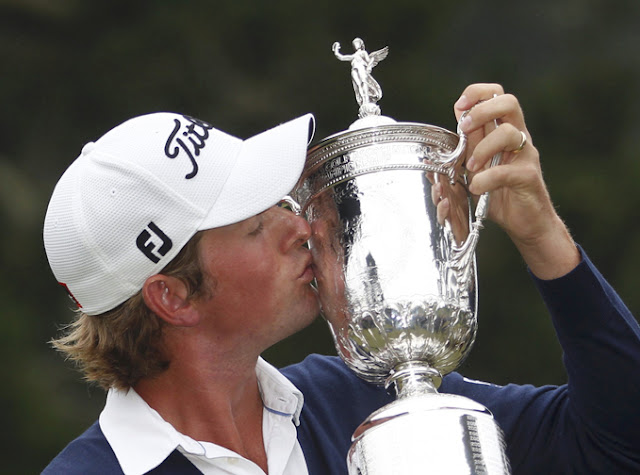 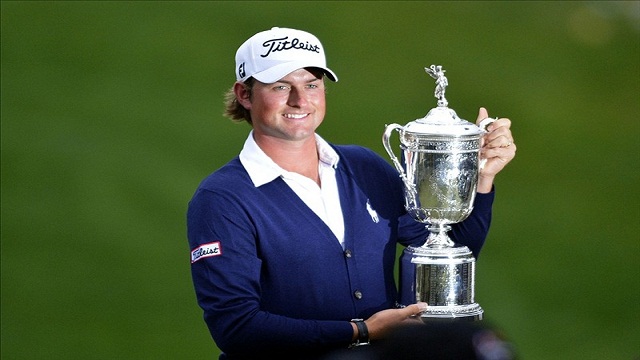 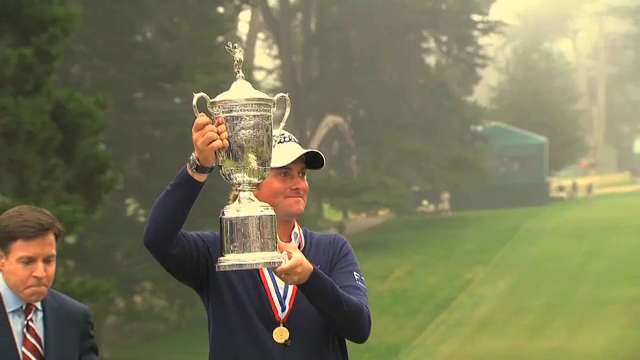 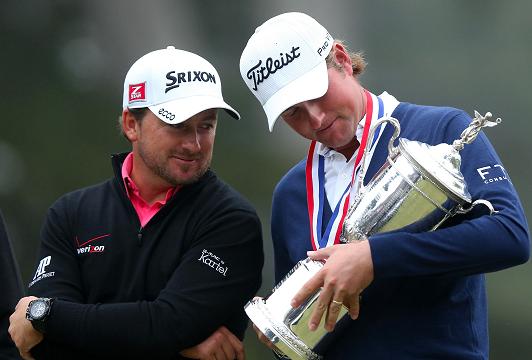 American golfer Webb Simpson made a furious charge Sunday to win the U.S. Open, grabbing his fist major tournament victory.
Simpson had started the day four shots back off the lead but carded four birdies in five holes midway through the final round to get to the top of the leaderboard.
It gave the U.S. a third successive major win following Bubba Watson's maiden triumph at the Masters in April and Keegan Bradley at last year's PGA Championship.
Simpson shot two-under-par 68 Sunday to end the tournament at one-over 281 for the four rounds.
That score was good enough to win as all the golfers struggled on the slick greens of San Francisco's Olympic Club and no one scored under par.
"It was a cool day. I had peace all day," said the 26-year-old Webb, who has won two other PGA Tour events. "I prayed more the last three holes than I did all my life.
"I had no experience in major championships of contention at all, so for me to play Sunday fourth from the last group was probably an huge help, as opposed to the last group.
I have gained utmost respect for all the guys who have won multiple majors, because it is just so hard to do. The level of pressure is so much greater than a regular event."
Former U.S. Open champions Jim Furyk and Graeme McDowell were tied for the lead coming into play Sunday.
McDowell stumbled early in the final round but Furyk held the lead for most of day.
Furyk, who had held the lead from Friday afternoon, was unable to withstand Simpson's great play.
But still on the last hole, both McDowell and Furyk were just one shot behind Simpson.
Both had to get birdies to catch Simpson and tie the tournament, setting up a dramatic ending.
Furyk, the 2003 winner, buried his second shot in a bunker dashing his chances.
McDowell -- who claimed his first major at Pebble Beach in 2010 -- played better but still missed a 24-foot birdie putt, to end his hopes.
Tiger Woods continued his fall Sunday as he failed in his bid for his fourth U.S. Open title and his first major since winning at Torrey Pines in 2008. Woods was tied with Furyk and David Toms for the halfway lead going into play Saturday at one under par.
But his play faded and on Sunday the 14-time major champion ended the tournament in a tie for 21st place, dropping four shots in the first three holes of his final round as he eventually signed for a 73.
"I was just a touch off, " said Woods, who was six shots behind Simpson. "Today, I got off to a horrific start and just never got it going. But there are a lot of positives that can be taken from this week."