What Apple maps mean for Google 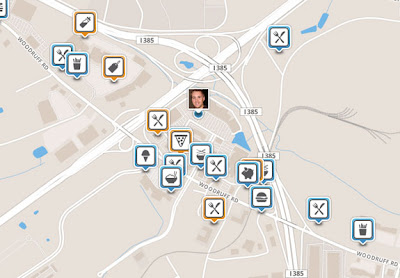 This week, Apple is widely expected to drop Google as the maps provider for the iPhone and iPad. Google has provided Apple's mobile mapping system since the release of the first iPhone, but the companies aren't friends anymore. Over the past few years, Apple has purchased three mapping startups, and it has reportedly been combining their technology into a maps application that, in the words of one Apple insider who spoke to All Things D, "will blow your head off".Is Google worried that Apple's defection will substantially reduce its user base, and, consequently, the advertising revenue it gains through maps? Does the search company fear that it could lose its place as the online mapping leader, a position that has long been one of its competitive advantages? Is it concerned that Apple might build a better, more useful maps app?

Last week, Google invited tech journalists to an event in San Francisco that was meant to show that it is not concerned at all, no way, no how. Several executives took the stage to explain the technical feats that Google performs to build its maps. They also unveiled a few upcoming features, including a system that creates beautiful 3-D images of all the buildings in the world's major metropolises, as well as a way to access Google Maps when you're not online.The Googlers were all very cordial and friendly, and when baited by journalists into commenting on Apple's plans they declined to take any shots at their rival. Yet in everything they said, and in the very fact that they'd scheduled this event just days before Apple's announcement, the company's message to would-be mappers was obvious: You want to take us on? Seriously? Do you know who we are? Bring it.It was a convincing message. But the fact that Google scheduled this event in the first place is the best indication that it's very worried about losing its primo iPhone placement. We have no idea how well Apple's maps app will work, but it seems extremely unlikely that it will be able to top Google's deep mapping expertise. Even so, losing its spot on the iPhone home screen will be bad news for Google, and it's a move that will be difficult for the search company to overcome.

To Apple, mapping will always be a side deal — something it does as a way to improve the iPhone. For Google, mapping is a critical aspect of its effort to organise the world's information. It's also essential for Google's search engine to be able to deal with a massive amount of queries for physical locations.That's why, when it comes to maps, Google doesn't mess around. The firm has invested hundreds of millions of dollars in building online cartographic dominance. Not only does it have a fleet of cars that are constantly snapping photos of streets around the planet — it has a fleet of planes, too, and it has also mounted its cameras on boats, bikes and snowmobiles. Now the company's engineers have created a fully portable camera-laden backpack called the Street View Trekker they can use to photograph places that aren't accessible to vehicles — the inside of the Grand Canyon, for instance.

Google's new 3-D imaging capabilities are also impressive. By photographing cities from multiple planes on different flightpaths, the company can combine and extract three-dimensional details from flat photographs. The process — called stereophotogrammetry — results in overhead views of cities that resemble what you'd see if you were flying above in your own helicopter. Compared to the flat view you now see in Google Maps, the 3-D images look spectacular. (Google says that by the end of the year, it will launch 3-D views of many major cities around the world.)

The trouble for Google is that all of its tech advances may be for naught if it is cut off from iPhone users, who now make up one-half of the firm's mobile mapping audience. If Apple does drop Google as the default maps app, the search company might need to build its own separate maps app for the iPhone. And even if Apple allows Google's app in its App Store, the company will still have a hard time getting users to choose its program over Apple's native system. Google could also try to convince people to use its browser-based maps system — in other words, get them to visit maps.google.com from their iPhones — but that, too, is a tough sell. When they want a map, most people will do the obvious thing and tap Apple's maps app.Google's only option, now, is to keep investing more and more into its maps division in the hopes that, over time, customers will stick with it because it's the better option. That has worked well for Google in the search business. But I wonder whether it will see the same returns in mapping. After all, even if Apple's system doesn't offer the same 3-D imagery that Google has, and if it can't give you pictures of the inside of the Grand Canyon, will that really matter to most users? I suspect not.

Most people consult a maps app with extremely simple queries: Where am I now? And where am I going? Sure, it will be very nice to fly over a 3-D rendering of your hometown. But if you're in a hurry, you won't care about that stuff. If Apple manages to make an app that does just the basics, that might be more than good enough. 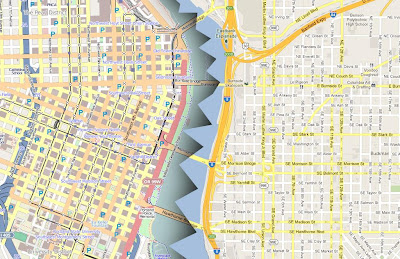 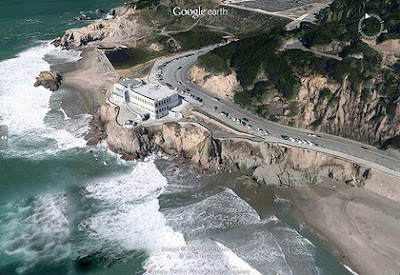