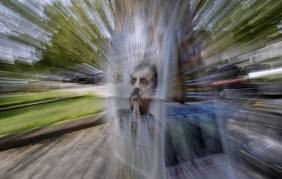 A Pakistani judge issued an arrest warrant Thursday for the ruling party's candidate for prime minister over allegations he illegally imported drugs, injecting fresh uncertainty into efforts to replace the previous premier who was ousted by the Supreme Court.
The warrant was announced after the Pakistan People's Party nominated Makhdoom Shahabuddin, raising suspicion it was politically motivated and aimed at blocking the president's choice to replace Yousuf Raza Gilani. The anti-narcotic force is run by the army, another power center in Pakistan's chaotic polity and one that has at times allied with the judiciary to target elected governments.
Gilani was dismissed Tuesday because he refused to initiate a corruption case against President Asif Ali Zardari, the head of the PPP.
The order, which left the country without a Cabinet, was an escalation of a bruising power struggle between the government and activist judges, who critics say are unfairly prioritizing cases against the government. The arrest warrant is sign that tensions may continue, distracting the country even as its relations with the United States are facing major strains.
Shahabuddin, the outgoing textile minister and a veteran PPP lawmaker, was Zardari's first choice for the prime minister. The 65-year-old appeared defiant as he filed nomination papers ahead of a scheduled vote in the parliament on Friday. But by Thursday evening, two other People's Party stalwarts were being mentioned as likely replacement candidates.
The PPP has a majority in parliament, and together with its coalition partners should have the numbers to get their choice elected. General elections are scheduled for March next year, but most assume the political upheaval will ensure they will be brought forward to the fall.
The arrest warrant was issued by an anti-narcotics court judge in the northern city of Rawalpindi, according to an officer at the anti-narcotics force and a law ministry official.
Shahabuddin was accused over his role in a scandal over the import of a drug that can be used to make methamphetamine, said the officials, who didn't give their names because they were not authorized to speak to the media. He was health minister at the time.
Gilani's son also has also been linked to the case, which revolves around two Pakistani pharmaceutical companies that allegedly used political connections to obtain huge amounts of ephedrine in 2010. They are suspected of diverting it to people in the drug trade who could have used it to make methamphetamines worth billions of dollars.
Gilani's son, who was also issued with an arrest warrant Thursday, and Shahabuddin have denied any wrongdoing.
Shahabuddin was asked about the arrest warrant after filing his nomination at the parliament. He replied with a line from a poem about not being afraid of "hostile winds" and thanked the PPP and its coalition partners for choosing him.
The PPP said two other candidates — lawmaker Raja Pervaiz Ashraf and outgoing information minister Qamar Zaman Kaira — also had filed papers in the event that Shahabuddin withdraws. Conflicting media reports said each candidate was gathering support within the party and its coalition partners.