'American Idol' 2012: Jennifer Lopez Says It's 'Too Early to Tell' if She'll Be Back 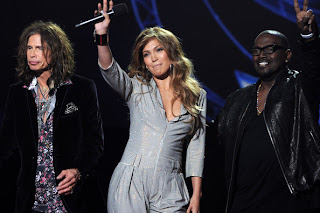 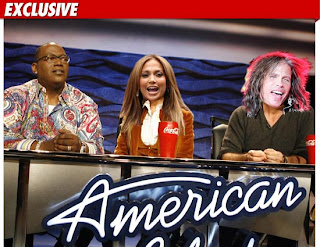 Many were skeptical when it was announced eight months ago that veteran musicians Steven Tyler and Jennifer Lopez were joining Randy Jackson on the judging panel for the 10th season of “American Idol."

Now, given the show’s improved ratings and rave reviews, the move looks like genius.
There's just one problem looking forward to next year.
Lopez isn't onboard.
The FOX big-wigs were wise enough to have Steven Tyler, who secured his spot as the fan favorite, sign a multi-year contract that will ensure he returns for the 11th season alongside original judge, Randy Jackson.
A source also overheard the Aerosmith rocker happily confirm Wednesday that he’ll be back for another round. (Based on the rumors that he earned  $18 million for the first season alone, it’s no wonder he’s enthusiastic.)
“They can’t get rid of Tyler, he’s the new Paula,” reality television and pop culture expert Mikey Glazer told FOX411's Pop Tarts.
But Lopez, who signed for significantly less money (a reported $12 million), isn’t so sure of her future.
“It’s too early to tell,” the 41-year-old told FOX411.
Lopez is believed to be in negotiations with the network, and an offer is said to be on the table.
"Everyone has multiple year contracts; Jennifer had single year contract, we loved having her, the hope and expectation is she'll return," FOX Chief Peter Rice earlier this week.
The biggest surprise of the season has probably been that the man who was considered the star of “American Idol” for nine seasons, the man who everyone thought the show just could not survive without – yes, Simon Cowell– wasn’t even missed during Wednesday’s finale program. In fact, “Idol” has thrived without him.
“Even though Cowell judged with an inimitable dry wit and brought a truly irreplaceable sense of spectacle to ‘Idol,’ the cohesive and energetic unit that Tyler, Lopez and Jackson present makes for a show that is compelling in an entirely different way,” said producer/composer Jed Smith who heads music firm BetaFish. “I think J-Lo and Tyler are a lock for next season. He’s already coming back, and she brought a lovely vibrancy that really offsets the absence of Cowell.”
Pop culture expert Scott Huver said Fox did the right thing in not trying to “replace” the brutal British expat, but bring in new, albeit iconic, industry personalities instead.
“Steven and Jennifer delivered a dynamic and fresh chemistry that re-energized the show just as its future was looking questionable. Tyler seems to be reveling in his regained musical relevance and, given his ongoing ups and downs with Aerosmith bandmates, staying on the panel will keep him front and center as he develops his solo brand,” he explained. “Lopez is slightly more of a question mark, but she seemed to enjoy and become invested in her role, but recapturing her own one-time superstardom could result in even more tempting offers. Will she use it to re-launch her cooled-down acting career, or is she happy playing the pop icon version of herself?”
Yet the biggest question of all remains – how long does “American Idol” itself have left? Will this judging panel be its last?
“As ‘The Voice’ and ‘X-Factor’ go for stars still on the billboard charts and selling albums, “Idol” is settling in to a role as the elder statesmen,” Glazer said. “The kinder, more gentler ‘Idol’ they now have will give FOX at least two more seasons – but nothing lasts forever. Not even Oprah."