The french are ready for their president election 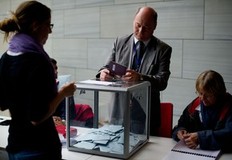 France heads to the polls on April 22 and May 6 for the country’s most important election in five years. Ten presidential hopefuls are currently jostling for position in the imminent race to the Elysée Presidential Palace.

Centre-right incumbent Nicolas Sarkozy is seeking re-election, saying only he can preserve a “strong France”.

But he is facing a tough challenge from Socialist Francois Hollande, who has said it is “the left’s turn to govern”.

There are 10 candidates in all, and if none wins more than 50% of the votes there will be a run-off round on 6 May.