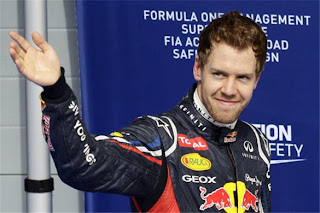 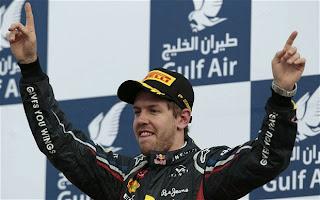 In whole match  he kept his leading position like a world champion. After the race, he appeared relieved. "It was a difficult race, extremely tough," said the 24-year-old German, who closed his eyes and took a deep breath as he stood on the podium. 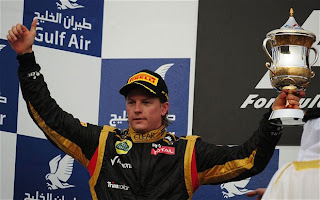 In a dramatic comeback from 11th on the starting grid, Finland's Kimi Raikkonen was second for Lotus with French team mate Romain Grosjean in third place.

Crown Prince of Bahrain Sheikh Salman bin Hamad al-Khalifa was attend on the ceremony and shook hands with other spectators at the finish.