Will Bulls wilt without Derrick Rose? 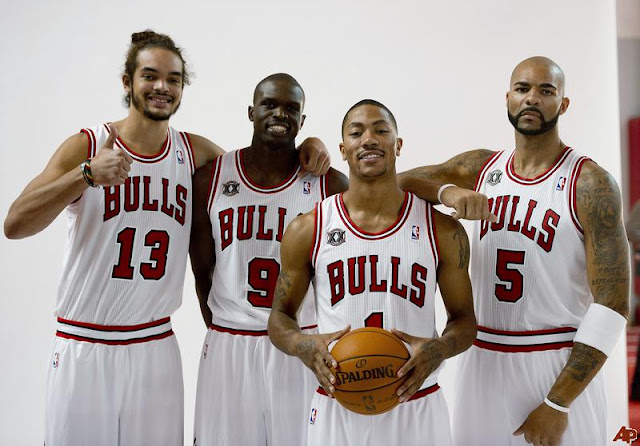 Chicago Bulls guard Derrick Rose suffered a torn ACL in his left knee and will miss the rest of the season, the team announced Saturday. Rose suffered the injury while trying to leap off his left foot in the lane with 1:22 left in Saturday's playoff game against the Philadelphia 76ers.Our 5-on-5 crew weighs in on what the loss of the reigning MVP means to the Bulls.
1. What were your first few thoughts when Rose went down?

J.A. Adande, ESPN.com: 1. Nooooooooooooooooooooooo. 2. Non-contact knee injuries are almost always season-ending, and this one looked like a less severe Shaun Livingston situation. 3. When Rose returns I sure hope he regains his explosiveness to the hoop. Nick Friedell, ESPN Chicago: Oh, no. That looks really, really bad. When he didn't pop right back up I knew he was in trouble. Rose almost always bounces right back up. The looks on people's faces around him told the story. Bulls coach Tom Thibodeau raced out to the court like a concerned parent. Rose fell right in front of his brother Reggie, who was sitting courtside. As a basketball fan, and somebody who covers him every day, I just felt awful for him.
Israel Gutierrez, ESPN.com: I've long compared Rose's year to Dwyane Wade's back-to-back injury-plagued seasons from 2006 to '08, because their explosive styles are so similar. So my immediate thought was something like this was inevitable, especially because he'd been playing hurt. Completing the Wade comparison, my next thought was Rose needs to dedicate himself to fully recovering and regaining explosiveness, regardless of how long it takes, as Wade eventually did.

Marc Stein, ESPN.com: One of my first thoughts, as shamefully selfish as it sounds, was this: How many days will it take to lift the gloom this injury is going to foist upon the playoffs? So many of us were counting on this postseason to be an uplifting ride that made up for the chaos of a regular season that stuffed 66 games into 120-something days. We didn't even make it through one playoff game feeling good about the second season ... and Iman Shumpert's follow-up knee injury punched everyone in the gut again.

Brian Windhorst, ESPN.com: The first thought is shock because you have spent months considering what will happen in the playoffs and comparing contenders and evaluating matchups. You have long conversations and write stories about Rose and the Bulls. Then, poof, everything is changed. It's a blow to the entire league and to fans in Chicago and outsiders who really just want a great two months of playoffs. 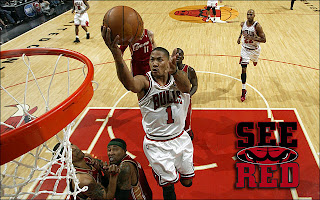 2. What does this mean for the Bulls in this postseason?
Adande: They have a ceiling now. They've played fantastic team basketball, but without a superstar that's a formula for winning games and not championships. Now they're like the 2010 Suns or the 2009 Rockets: tough to beat, but not the team to beat.
Friedell: There is no way they can get past Miami in a seven-game series now. It will be tough for them to get past Boston.
Gutierrez: It means we'll all get to see just how superstar-driven the postseason really is. This isn't the regular season, and offensive execution isn't nearly as easy without an above-average creator. Defense will keep them in games, but even getting past the Sixers will be a major challenge.
Stein: They might be used to playing and even winning without Rose, but watching their stud go down in that manner is going to inflict an emotional toll. I wouldn't expect anything more now than the Bulls finding a way past Philadelphia.

Windhorst: I value their depth, I respect their coach and I believe that trying to come together after the injury could create a bonding experience that might even give them a short-term bounce. But I just can't see them as a title contender anymore. They were a team with limited offensive weapons and Rose was vital to them getting tough baskets. I don't see how they replace that and win three or four series without him.