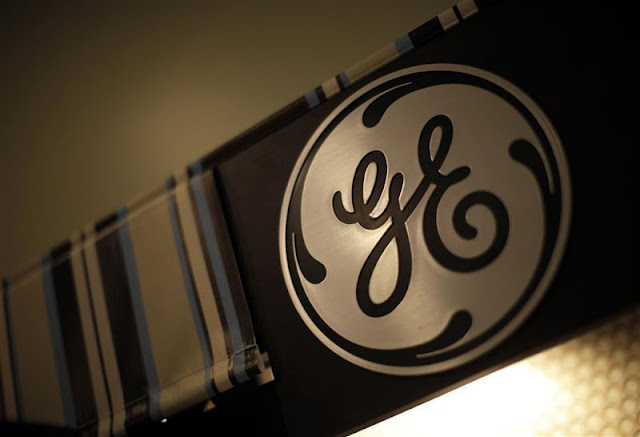 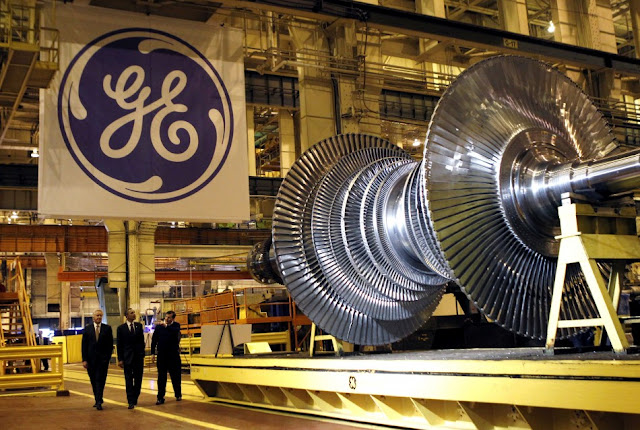 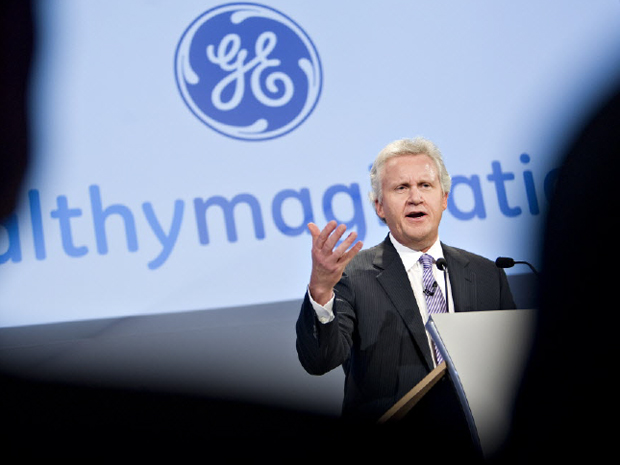 General Electric Co topped Wall Street's profit and revenue forecasts for the first quarter, helped by strong demand for energy equipment and railroad locomotives.
The largest U.S. conglomerate said on Friday industrial orders had risen 20 percent in the quarter and that selling prices had improved in most of its businesses. This should help Chief Executive Officer Jeff Immelt achieve his goal of boosting profit margins this year.
"Global markets are improving, but volatility remains," Immelt told investors on a conference call.
He confirmed the company's 2012 growth forecast, saying, "everything we see in the first quarter supports double-digit earnings growth."
GE shares rose 1.9 percent to $19.51 on the New York Stock Exchange.
Investors noted that the company had notched solid organic growth -- a measure that factors out the influence of acquisitions or fluctuations in exchange rates.
"Organic revenue growth in the industrial business was great," said Jack De Gan, chief investment officer of Harbor Advisory Corp, a Portsmouth, New Hampshire, firm that owns GE shares. "GE has been a disappointment for a long time ... (and) is now finally going to get back to where its earnings can compound at a rate better than the S&P for a while."
GE's transportation unit, which makes locomotives, posted 41 percent sales growth, while revenue at the GE Capital arm it is trimming declined 12 percent.
As of Thursday's close, GE shares were up 6.6 percent for the year, trailing the 10 percent rise of the Standard & Poor's 500 stock index .SPX.
Investors said the report, which came on a day that fellow industrial Honeywell International Inc (HON.N) posted higher profit and raised its 2012 forecast, was a good sign for the rest of the sector. Blue-chip manufacturers United Technologies Corp (UTX.N), 3M Co (MMM.N) and Caterpillar Inc (CAT.N) are all due to report results next week.
GE "beat on revenues, which they haven't really been able to do in a long time, and that really bodes well for industrials in particular," said Kim Forrest, senior equity research analyst of Fort Pitt Capital Group in Pittsburgh.
Both GE and Honeywell results showed that big companies are findings ways to offset Europe's economic woes. GE Chief Financial officer Keith Sherin noted the company notched 41 percent order growth in Latin America, 53 percent order growth in Southeast Asia and still managed 12 percent order growth in Europe.
"There is just a confirmation of the theme of very strong global growth," Sherin said in an interview.
INDUSTRIAL REVENUE UP
Fairfield, Connecticut-based GE reported net income of $3.03 billion, or 29 cents per share, down from $3.43 billion, or 31 cents per share, a year earlier. The results include a $200 million charge for exiting its Irish mortgage business, as well as gains from the sale of NBC Universal and afinance unit.
Factoring out one-time items, earnings came to 34 cents per share, topping the analysts' average forecast of 33 cents, according to Thomson Reuters I/B/E/S.
Profit margins dipped in the quarter -- to 13.8 percent of sales from 14.3 percent a year earlier, but Immelt said higher selling prices would help the company reach its goal of boosting overall 2012 profit margins to a target of 15.4 percent of sales.
Revenue at the world's largest maker of jet engines and electric turbines fell 8.2 percent to $35.2 billion, but was above the $34.7 billion that Wall Street had anticipated.
The revenue decline reflects the continued scaling back of GE Capital and the sale of a majority stake of the NBC Universal entertainment business to Comcast Corp (CMCSA.O). Revenue at GE's industrial businesses was up 14 percent.
"What was most impressive was organic growth," said Perry Adams, senior vice president at Huntington Wealth Advisors in Traverse City, Michigan. "Segment profits were up 14 percent, and 11 percent of that was from organic growth -- just a really solid quarter."
GE has made raising its dividend and buying back shares a top priority for the year, with the goal of paying shareholders back for the $12 billion in common stock that it sold in October 2008 during the financial crisis.
The company wants its GE Capital arm to resume paying a share of its profit back to the parent company this year, subject to approval by the Federal Reserve, which is GE Capital's regulator and is completing a review of its financial position.