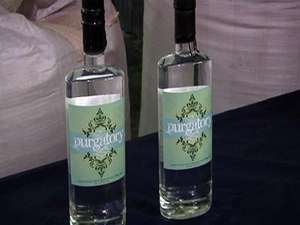 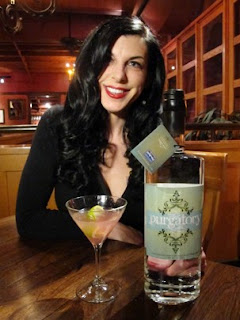 WASILLA, Alaska — During at least one 420 celebration in Alaska on Friday, you’ll be invited to pour yourself a drink instead of lighting up.In the counterculture world, “420” is the code for cannabis consumption, and April 20 — or 4/20 — is the holy day.But instead of passing around a joint, why not pour a drink of hemp seed vodka?
Purgatory is the newest flavor from the Alaska Distillery, the Wasilla-based company which made a mark two years ago with the introduction of its smoked salmon-flavored vodka.
“We have a mad scientist who kind of runs the joint here, and he seems to have brilliant ideas,” said Bella Coley, the distillery’s chief operating officer.
“To compete in the alcohol industry these days, you have to be innovative and you have to bring in new products and you have to be imaginative,” said Toby Foster, the company’s chief executive officer and said mad scientist. “This product right here lends itself to all three things.”
He expects this to quickly become the distillery’s biggest seller. The product is available in 18 states as of this week with nine more signed up, and after winning a “Hot New Spirits” award at an industry convention in Las Vegas this month, they are adding staff to the small Wasilla production plant.
The company says it’s the first to use hemp seed to produce vodka in the United States. Coley says distillers in Canada and Poland don’t distill with hemp seeds, and only add them into the bottles.
“We wanted to be the first and the pioneers to do something with hemp seed, a real honest and earnest hemp seed vodka,” she said.
And before you think you’re going to get an extra buzz with your buzz, hang on, dude.
They get sterilized hemp seeds from Canada for the distilling process, and there’s no THC — the active ingredient in marijuana — in it.
“It goes through a lot of government processes in order to test it and to make sure it doesn’t have THC, and there’s no ‘wink wink’ on that one,” Coley said.
In fact, a sample from each batch has to be sent to federal regulators to make sure there’s no THC before they can proceed.Flavored varieties now account for 20 percent of all vodka sold in the country, according to the Distilled Spirits Council of the United States.Sales increased about 20 percent in 2011. In all, the council reports 62.7 million 9-liter cases of vodka were sold last year, accounting for more than $5 billion in revenues.Purgatory should be seen as a positive for the hemp cause in the United States.
“It shows that there are high quality products that can be made on a less-than-industrial scale, and that it reiterates that hemp should be grown and processed in the U.S. once again, and we shouldn’t have to import hemp seeds from other countries to be able to make a product like this,” said Tom Murphy, a spokesman for the 300-member Hemp Industries Association.
The marketing possibilities aside, the hemp will only make the vodka taste a little sweeter.
“I like it straight quite a bit because it just has a more refined taste than regular vodka,” Coley said. However, if you’re inclined to use it to mix it with something, she says it makes a nice Cosmo and can be used with anything.The Alaska Distillery is hosting a kickoff party Friday at the Chair 5 restaurant in hippy-friendly Girdwood, Alaska, and at a hemp seed event in Colorado.
Copyright 2012 The Associated Press. All rights reserved. This material may not be published, broadcast, rewritten or redistributed.