IMF May Withhold Money to Ensure Europe Does More 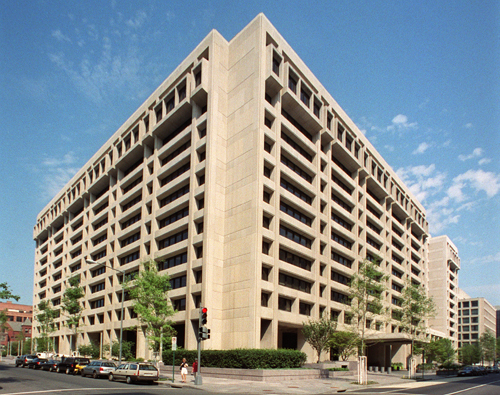 A potential change of government in France and the Netherlands is raising concerns that Europe may backtrack on the fiscal consolidation needed to deal with the region's debt crisis, but David Lipton, IMF's first deputy managing director told CNBC he's not that concerned, and said the organization won't lend money until it is sure governments are dedicated to policy changes.

"It's hard to say what's going to happen when governments change," Lipton told CNBC Asia's"Squawk Box". "Sometimes governments that come in are all the more determined to   grapple with problems and don't have some of the baggage of the past."

The most important thing is that the new governments are determined to establish credible economic policies that restore growth and jobs, Lipton added.
"You know the way the IMF operates is that we don't lend money until we are quite sure that government are dedicated to a set of policy changes that will improve their circumstances so our way of ensuring repayment is to make sure that countries are carrying out the steps that they need to do."

G20 nations pledged another $430 billion to boost the International Monetary Fund's lending power over the weekend, more than doubling its firepower to ensure the Fund can respond effectively should the debt problems that have engulfed euro zone countries spread and threaten the global economy.

The Netherlands also appears to be heading for early elections after the centre-right coalition government said on Saturday that talks on budget cuts had collapsed after anti-European populist Geert Wilders refused to do a deal. Wilders opposed austerity measures that are required to meet European Union fiscal targets.

What happened in Netherlands over the weekend may have ripple effects in Europe, Andrew Sullivan, Principal Sales Trader, Piper Jaffray Asia Securities told CNBC's "The Call" on Monday.
"This is the restriction that ECB puts on countries and I think that’s going to be something that more governments are going to try to resist against," Sullivan said.

"I think the key thing for a lot of these governments is that it’s going to trigger elections and that’s going to worry the market because it doesn’t like change, at least we may not like the current situation, but we know where the electoral parties are coming from," he added.

Lipton said that while it is "hard to tell" what may happen when governments change, Lipton said he believes there will be "significant continuity" in the Netherlands and that Europe is determined to make progress on solving the debt crisis.

Spain Debt, Global Worries
"Europe has shown a tremendous determination to address the problems they have," Lipton said. "It's not to say that they don't have more to do, they surely have a tough job ahead of them but they seem very determined to carry this out."

Sullivan is not convinced, saying that none of the governments in Europe are coming up with ideas to grow their economies.

"We have seen the loans coming in which have provided that stopgap, which prevented a blowup but we haven’t actually seen a solution," he said. "And I think a lot of the politicians are very much aware that they are not going to get relected if they keep imposing these austerity measures without any growth potential coming through on the flip side of it."

Spain appears to be the latest European economy to weigh on investors' sentiment. Yields for existing Spanish 10-year bonds rose above 6 percentseveral times last week as investors continued to worry about the country's fiscal health. By comparison, the yields on 10-year bonds from Germany, the eurozone's strongest economy, are at 1.73 percent.

Even as Spain suffers a jobless rate that is the highest in Europe, with about 23 percent of the population out of work and half of under-25s unemployed, Spain does not need to tap the euro zone's rescue fund to shore up its banks, the country's economy minister, Luis de Guindos, was quoted by media as saying last week.

The government's 2012 budget, with spending cuts and tax increases of 27 billion euros ($35.6 billion), was credible and based on a realistic forecast for a 1.7 percent contraction, de Guindos said.

Lipton said those moves by Spain were "convincing" and should help ease market worries.
"I think the measures, the approach that they're taking is very convincing and in time, they hope that they'll be able to convince Europe, convince the markets that they're going in the right direction," he added.

Like Spain, the developed world - the rest of Europe, U.S. and Japan - have to make sure they pursue policies that promote fiscal stability while they have "breathing space", Lipton said.
Lipton pointed to the U.S., which will have to decide on whether to extend tax breaks expiring at the end of 2012, while Japan is considering doubling its consumption tax by 2015 to narrow its budget deficit.