30 April 2012
Clive Palmer, one of Australia's richest men, has commissioned a Chinese state-owned company to build a 21st Century version of the Titanic. 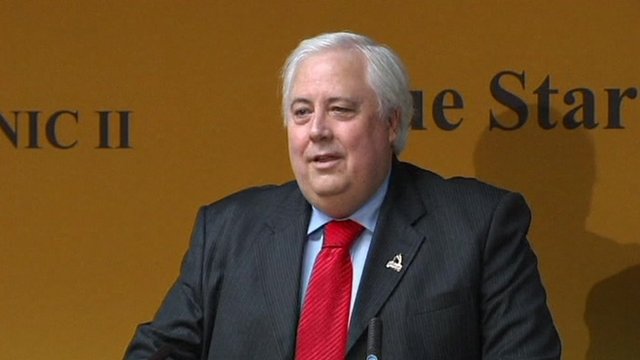 
The mining billionaire told Australian media that construction would start at the end of next year.

The plan, he added, was for the vessel to be as similar as possible to the original Titanic in design and specifications, but with modern technology.

Mr Palmer told Australian media that he had signed a memorandum of understanding with CSC Jinling Shipyard to construct the ship.

"It will be every bit as luxurious as the original Titanic but of course it will have state-of-the-art 21st Century technology and the latest navigation and safety systems," he said in a statement.

The announcement comes just weeks after the centenary of the sinking of the ill-fated Titanic.

The vessel, the largest luxury ship in its time, struck an iceberg on its maiden voyage from Southampton to New York. It went down on 15 April 1912, leaving more than 1,500 people dead.

"Of course it will sink if you put a hole in it,'' Mr Palmer said in response to questions from reporters on whether the Titanic replica would sink.

The new vessel is scheduled to sail from London to New York in late 2016, if all goes as planned.

"It is going to be designed so it won't sink,'' he added. ''But, of course, if you are superstitious like you are, you never know what could happen.''

The cost of the construction is not known, a spokesman for Mr Palmer told Australian media. 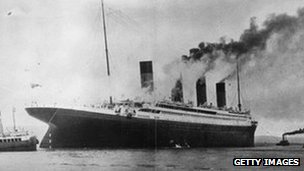 
The mining magnate from Queensland, who has strong business relations with China, has expanded into tourism. He owns a luxury resort on the Sunshine Coast and has plans to build a fleet of luxury liners.

His plan to build the Titanic replica was announced on the same day that he revealed plans, in a separate news conference, to contest the next federal election in Queensland.

He told reporters that he has expressed interest in standing for Queensland's Liberal National Party (LNP), part of the conservative opposition at federal level, in the Brisbane seat of Lilley - currently held by Deputy Prime Minister and Treasurer Wayne Swan.