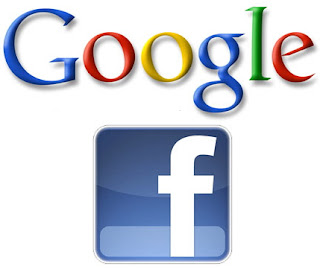 BERLIN — In a provisional victory for musicians, filmmakers and other creators of art and entertainment, a court in Hamburg on Friday ordered Google to install filters on its YouTube service in Germany to detect and stop people from gaining access to material for which they do not own the rights.
The judge, Heiner Steeneck, agreed in his ruling that Google was not directly responsible for the uploaded material. But he said the company needed to do more to stop violations.
“This is a victory along the way to what will be a very important case,” Peter Hempel, a spokesman for GEMA, the German association that levies and collects royalties on recorded media. “This case, when it is eventually decided, will set a precedent for the legal responsibilities of online platform operators such as Google in Germany.”
The judge rejected a request by GEMA that Google sort through its entire online music archive and purge its system of all copyrighted material.
Google is expected to appeal the ruling. The company, based in California, characterized the decision as a partial victory.
“Today’s ruling confirms that YouTube is a hosting platform and cannot be obliged to control all videos uploaded to the site,” Google said. “The ruling is a partial success for the music industry in general, for our users as well as artists, composers, YouTube and other Web platforms in Germany.”
Google also said it would return to the negotiating table to resume halted talks on royalty payments. The stalemate has kept copyrighted material controlled by GEMA off YouTube since 2009, when the previous agreement expired. GEMA sued Google over 12 illegally uploaded videos in 2010.
The lack of an agreement has made many popular songs and videos unavailable on YouTube in Germany. When a person calls up a copyrighted video in Germany, Google displays a disclaimer that blames GEMA: “Unfortunately, this video is not available in Germany because it may contain music for which GEMA has not granted the respective music rights.”
In their negotiations, GEMA has been seeking as much as 0.6 euro cent per video stream from Google. Google has rejected a flat fee, instead offering a percentage of Web advertising revenue.
Under the previous agreement, which ran from 2007 through mid-2009, Google paid GEMA a percentage of Web advertising revenue but declined to give GEMA user data to corroborate the amount of the payments, said Mr. Hempel, who is based in Munich.
Google had also argued that it had a system in place under which copyright holders could object and ask Google to remove copyrighted material from YouTube.
In the United States, services like YouTube are protected from legal challenge by the 1998 Digital Millennium Copyright Act, which largely frees network operators and online Web sites from legal liability for the content that is exchanged or displayed by users.
The U.S. law has primarily benefited the computer industry and electronics companies, while hurting the music and film businesses and other copyright holders by hindering their ability to sue the digital distributors of copyrighted songs, videos and films.
But in Germany, that balance could eventually be tipped in favor of songwriters, artists and other creators should the Hamburg court ruling ultimately be upheld.
Florian Sievers, an intellectual property lawyer in Berlin, said it would probably take years before the case would be ultimately decided by the top civil court in Germany, the Bundesgerichtshof.
“This ruling today was important,” Mr. Sievers said. “It is definitely a victory for GEMA, and one that could have huge consequences, if upheld, for digital platform operators in Germany.”
Robert Levine, the author of a book on the digital legal dispute between content creators and online distributors, said the German court ruling was a sensible compromise that could improve the ability of copyright owners to receive payment for their work.
“Since other companies, like TV and radio stations, have to make sure they’re not infringing the copyrights of others, there’s no reason YouTube can’t cope with this cost as well as they can,” Mr. Levine said. “I hope the filtering requirements aren’t too strict, but I think Google will be able to find a technology that both sides can live with.”