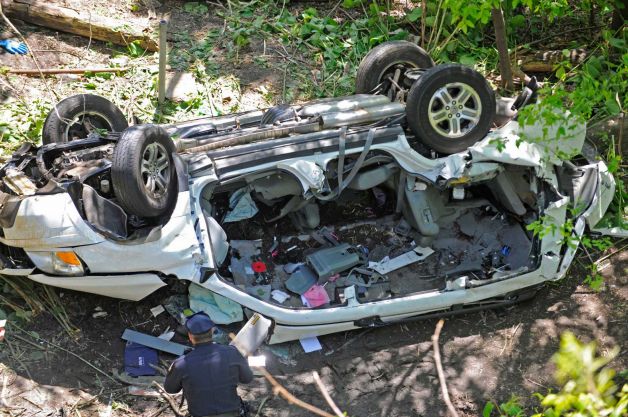 Three generations of a family died in a horrifying crash just a few miles from home when the SUV they were traveling in plunged more than 50 feet off a highway overpass and into a ravine on the grounds of the Bronx Zoo, killing all seven aboard, including three children.
"Sometimes you come upon events that are horrific and this is one of them," FDNY deputy Chief Ronald Werner said shortly after the crash.
Authorities were trying to determine what caused Sunday's accident that killed Jacob Nunez, 85, and Ana Julia Martinez, 81, both from the Dominican Republic, their daughters, Maria Gonzalez, 45, and Maria Nunez, 39, and three grandchildren. Police say Gonzalez was driving.
The children were identified as Jocelyn Gonzalez, 10, the daughter of the driver, Niely Rosario, 7, and Marly Rosario, 3, both daughters of Nunez.