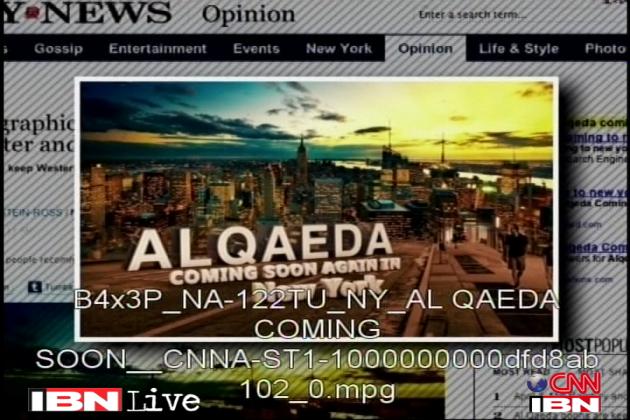 Hundreds of internal al Qaeda documents embedded inside a pornographic movie on a memory disk have revealed plots of carrying out attacks in Europe similar to the November 2008 Mumbai attacks.

Terrorist training manuals in PDF format in German, English and Arabic were among the documents found, according to intelligence sources cited by CNN, which said it had obtained details of the documents.

Interrogators questioning a 22-year-old Austrian named Maqsood Lodin, who had recently returned from Pakistan via Budapest, Hungary, and then travelled overland to Germany were surprised to find a digital storage device and memory cards hidden in his underpants.

Buried inside them was a pornographic video called 'Kick Ass' and a file marked 'Sexy Tanja'.

One document called 'Future Works' appears to have been the product of discussions to find new targets and methods of attack, CNN said. German investigators believe it was written in 2009 and that it remains the template for al Qaeda's plans.

A year after the document was written, European intelligence agencies were scrambling to investigate a Mumbai-style plot involving German and other European militants which sparked an unprecedented US State Department travel warning for Americans in Europe.

"I think it is plausible to think that the 'Future Works' document is part of that particular project," investigative journalist Yassin Musharbash, a reporter with the German newspaper Die Zeit, who was the first to report on the documents, was quoted as saying.

"The document delivers very clearly the notion that al Qaeda knows it is being followed very closely," Musharbash told CNN.

While 'Future Works' does not include dates or places, nor specific plans, it appears to be a brainstorming exercise to seize the initiative and reinstate al Qaeda on front pages around the world, it said.