Jose Canseco not a 'gimmick' for Worcester Tornadoes 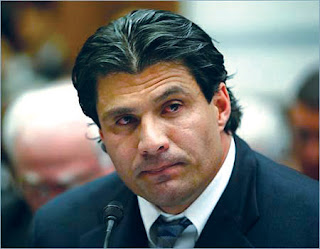 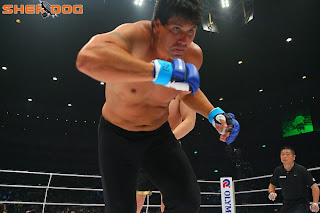 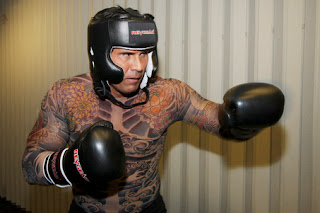 The Worcester Tornadoes made their biggest — and most controversial — move in franchise history yesterday with the signing of Jose Canseco.

Canseco, the 1988 American League MVP, played 17 seasons in the major leagues, including a stint with the Boston Red Sox in 1995 and ’96, and hit 462 home runs. The 47-year-old Canseco last played in the majors in 2001 and may be more famous for his admission of anabolic steroid use in 2005. The six-time all-star has written two books about his controversial life in baseball and in his 2005 book “Juiced” he claimed 85 percent of major league players used banned substances.

Canseco was in Boston yesterday taking part in the 100th anniversary celebration at Fenway Park. He was among the former Red Sox players honored during a pregame ceremony, and he played to the crowd by flexing his biceps during his entrance.

“I can’t wait. It’s what I love to do,” Canseco said after yesterday’s celebration. “I’ll play anywhere, any time for any team that wants me. I’ll play until I can’t find a place to play. It’s my addiction.”

The Tornadoes start their season on May 17 at Newark, with their home opener on Monday, May 21, at 7:05 p.m. against defending Can-Am League champion Quebec.

The deal to bring in Canseco had been in the works for the last two months. It started when team officials heard on the “Toucher and Rich” radio show on 98.5 The Sports Hub that Canseco was looking to play baseball again and said he always enjoyed his time in Boston playing for the Red Sox. Tornadoes general manager Jorg Bassiacos said they got in contact with Canseco and eventually completed the deal on Tuesday.

“We’re all very happy with how it played out,” Bassiacos said. “He’ll be in town in May for spring training and we’ll have a big debut then. Hopefully, this attention continues.”

Canseco, who has also appeared on reality shows like “Celebrity Apprentice” and “The Surreal Life,” has been making sporadic appearances in independent leagues since he left the majors. He was negotiating to play in the Mexican League last month before he allegedly refused to take a doping test. The Can-Am League does not have a drug-testing policy in place, instead leaving it up to the individual teams to make their own decisions.

Tornadoes owner Todd Breighner said he did his homework on Canseco and is confident the slugger is serious about playing in Worcester and helping the Tornadoes at the gate and on the field.

“I don’t really think it’s appropriate to have a gimmick, so we talked for a couple of weeks and I wanted to make sure he was committed and in shape and was serious about playing baseball,” Breighner said. “I wanted to feel that we wouldn’t have a situation (where he leaves a team abruptly). There are no guarantees, but I do have a reasonable comfort level that he wants to be here.”

Breighner is not too concerned that Canseco’s controversial past will do anything to tarnish the Tornadoes family-friendly reputation.

“I think he truly loves the game,” Breighner said. “We’ll see what happens when he gets here. I think he’ll be very friendly to the crowd and he’s going to participate in the community.

“With everything that’s happened with major league baseball and all the people they found who had done steroids, I think people will agree that it took some courage for him to step up and call people out,” Breighner continued. “If you didn’t have people like him doing that, you’d wonder where we’d be today with that whole (steroid) issue.”

Bassiacos said he and Breighner took into account how much of a polarizing figure Canseco can be, but he said in the end the arrangement should benefit both Canseco and the Tornadoes.

“We kicked it around and really weighed the pros and cons,” Bassiacos said. “This is a great opportunity for him and it’s great for us because we can really tell our story from where we’ve been and where we are now. We’re in our seventh season and we sign Jose Canseco, I think it’s a great story.”

Bassiacos said after the announcement that Canseco — who will play first base and designated hitter — was coming to Worcester, he saw an immediate increase in buzz around the team, pointing out a big jump in ticket sales yesterday.

“This should be the launching pad to keep baseball sustainable in Worcester and show people we’re here to stay,” Bassiacos said. “We’re looking to have some fun. This is Jose Canseco, let’s have fun.”

“If he does all the right things and he plays well and he’s a good guy, I think this can be a great place for him,” Breighner said. “If he plays well, I think we’re the kind of community that can wrap our arms around him.”