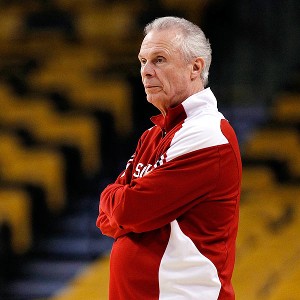 It took several days of browbeating in the local and national media, but Wisconsin coach Bo Ryan has finally bowed to public pressure.
Wisconsin announced Thursday afternoon that Ryan will only restrict freshman forward Jarrod Uthoff from contacting other Big Ten schools as he pursues a transfer destination. Ryan previously had endured intense criticism for barring the former Iowa Mr. Basketball from also contacting Iowa State, Marquette, Florida and every school in the ACC.
The change of heart from Ryan happened after Uthoff met with associate athletic director Justin Doherty and athletic director Barry Alvarez earlier in the day as part of the appeals process. It is Ryan's contention that he opted not to release Uthoff to schools outside the Big Ten only "as a means for dialogue" between the school and the promising freshman.Uthoff's AAU coach said earlier this week that his decision to transfer caught Wisconsin by surprise because the staff had been grooming him for a larger role next season and perhaps a starting job by the 2013-14 season. Although Uthoff met with an assistant coach to reveal his decision to leave, he could not tell Ryan in person because the head coach had been away for the Final Four and then on vacation.The idea that Ryan merely put these restrictions on Uthoff to force him to come back and explain face-to-face why he wanted to leave Wisconsin feels more like day-old spin than the truth. The more likely scenario is Ryan was angry that Uthoff abruptly decided to leave, placed restrictions on him that went well beyond protecting the program and then endured an unexpected firestorm of criticism when the story spread after Uthoff went public. 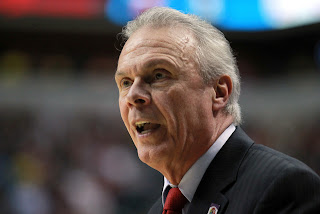 The one thing Ryan is correct about is that Wisconsin is far from the only school that puts restrictions on transfers forcing them to pay their own way if they choose to go to certain schools.
Hopefully the legacy of the Uthoff saga and a similar situation involving Tulsa's Jordan Clarkson serve as a catalyst for change. The NCAA needs to get rid of the rule altogether that allows coaches upset over being jilted by a player to dictate where he can and cannot transfer.