NFL Draft is as entertaining, unpredictable as any TV sitcom 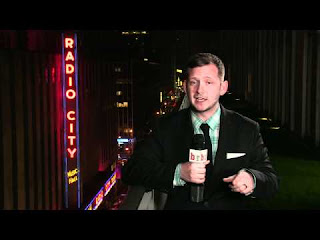 To borrow a phrase from Emmitt Smith: everyone's mock drafts got blow'd up, right?
If you predicted the craziest draft in NFL history, you should be constructing spaceships, not talking defensive tackles.Once again, the NFL in primetime is as entertaining as any sitcom. This is Game of Thrones on HGH. It was seriously jaw-dropping to watch. Easily the most unpredictable draft I've seen in over two decades of covering them.This draft featured the most top-10 trades in NFL history. Last year, there were four total first-round trades. This time, there were four trades in the first six picks. One more trade and Roger Goodell would have fined somebody. At one point, the night got so insane, an NFL owner was breaking news on Twitter, directly contradicting the NFL's efforts to keep picks secret until they were made. It was, in effect, a middle finger to his own league. Before Goodell announced the Philadelphia Eagles' pick of Fletcher Cox, Seattle owner Paul Allen tweeted, "#12 pick is Cox." Allen later predicted the Rams' pick. Allen scooped his own league.
There are simple reasons why this happened and some not so simple. In one instance, three of the four NFC East teams made a trade up in the first round. That's no coincidence. The Giants won a Super Bowl, look to have a solid team for years to come, and that puts more pressure on everyone else in the division chasing them.The overall first round trading craziness was spurred on by the rookie wage scale. Rookie salaries were always slotted, but a wage scale is basically a guarantee that rookie monies will be relatively low. This means teams can be more aggressive and less fearful of holdouts and busts.Most of all, the trading frenzy was inspired by two simple football emotions: fear and impatience.Both have always been factors in the brains of team executives and coaches, but this year might mark a moment in league history when those feelings reached a tipping point. 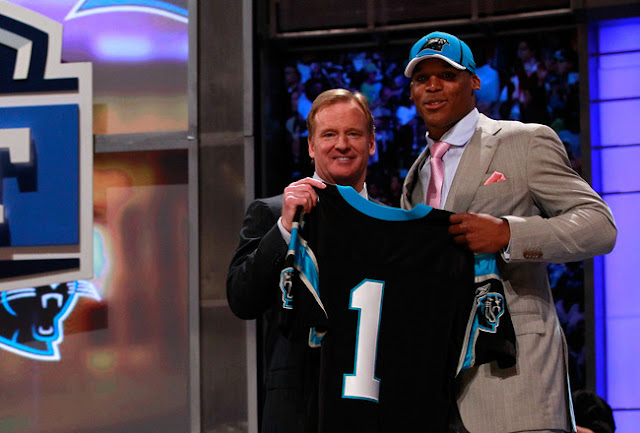 Fear, because the other guy is doing something, and you're not. This was evident in the first big trade of the night, when the Browns gave up fourth-, fifth- and seventh-rounders to swap with the Vikings, fearing someone else would jump ahead of them and take Alabama runner Trent Richardson. It was an irrational, unnecessary and a total panic move. But they were scared someone else would jump ahead, though that wasn't likely the case (even on a crazy night like this one).Again, some teams have long been motivated by fear, but in this new NFL world, it is playing a bigger factor than ever.
The days of taking time to patiently build a franchise are over. The NFL is just like other aspects of society. Everything has become Twitter-fied. Quick, fast, dirty. Patience is for suckers. Patience is old school.
It used to be, "Win, baby."Now it's just "wi ..." There's no time to say the rest.The trades kept coming. Jacksonville moved from the seventh position to five to get wide receiver Justin Blackmon. The Dallas Cowboys made a move up (you know Jerry Jones wasn't going to sit still in this new world). The Bengals, at 21, traded that pick to New England. The last time the Patriots traded up in the first round was 2003 for Ty Warren.Then they traded again, this time with Denver. Bill Belichick rarely makes moves up the first-round board. It's normally the opposite. This time, he made two. That's a good indication of how things are going in football when in one round Belichick went against his entire draft philosophy.Chicago Bears general manager Phil Emery: "We're looking for guys who can contribute right now. Right away." Not three years. Not two. Now. Tomorrow.It's possible this will be the way it is in many drafts to come, though not every team will be lured by the sexiness and immediacy of trades. There will still be teams like Green Bay, with some of the smartest personnel men in the business, who will sit back and allow the madness to unfold, and then snag the talent that drops in their lap.
In the future, though, patient teams will be difficult to find, like a rare animal species. In the future, there will be a new NFL Draft motto: you sit still, you lose.