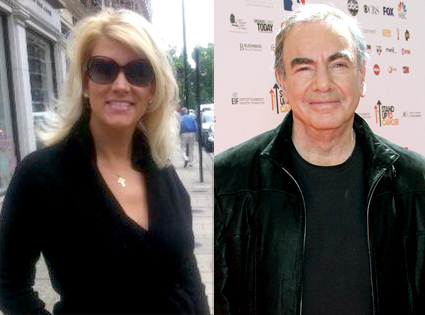 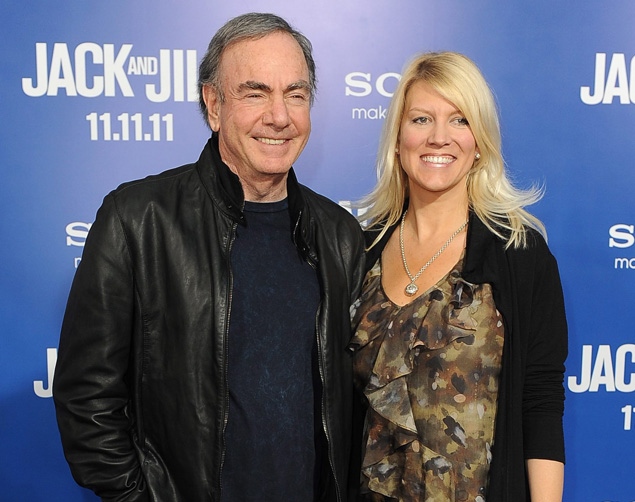 Neil Diamond had a very sweet weekend indeed.
The 71-year-old crooner tied the knot with wife No.3 on Saturday, exchanging vows with manager Katie McNeil, People reports.
According to the magazine, the couple said "I do" in an intimate L.A. ceremony with close family and friends.
The pair first met when McNeil, 42, acted as executive producer for documentary "Neil Diamond: Hot August Night NYC" in 2009, and the two have been head over heels in love ever since.
Diamond announced his engagement last September via Twitter, alongside a photo of his love and the caption: "I'd like you to meet Katie. I'm lovestruck."
"Good news coming from sunny LA/ and you're the first I want to tell/ Katie & I just got engaged/ and I hope you wish us well," he added.
This is the first marriage for McNeil.
Diamond was previously married twice - once to his high school sweetheart Jayne Posner and later to production assistant Marcia Murphey.
The "Sweet Caroline" singer famously awarded Murphey an estimated $150 million in their eventual divorce in 1995, the second-highest celebrity divorce settlement, according to Forbes.
Diamond is set to kick off his summer U.S. tour on June 1.