Bryce Harper can handle this challenge, ready or not 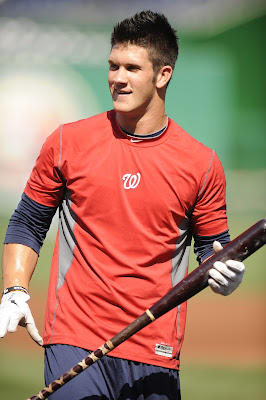 As the sun sets over the San Gabriel Mountains on Saturday night, Bryce Harper will stroll to the plate for the first time as a major leaguer, thousands of gazes focused on him, the baseball nation watching from home. He may or may not get a hit. It will not be a challenge for him.Do you want to know what a challenge is for Harper? When he was 13 and 14, which is not so long ago, he traveled across the country, without his parents, to play baseball in the best tournaments, the best leagues, for 15- and 16-year-olds. The other kids teased him. The other parents were jealous. Harper could gain acceptance if he played baseball well. Then he would fly to another tournament, put his uniform on in the car on the way from the airport to the field, and start over. That was a challenge. That was pressure.Saturday night, Harper will be where he believes he belongs. Does he? We’ll have to see. “There’s no better place to get groomed than the big leagues,” Nationals outfielder Jayson Werth said. If Harper fails and gets sent back down to the minors, he will still believe he belongs. It will not ruin him. “He needs to be challenged,” one person close to Harper said.There is no downside for it to happen now. If he’s ready, great, the Nationals have added offense to a team that desperately needs it. If he is not, he will handle it. His world will not end. 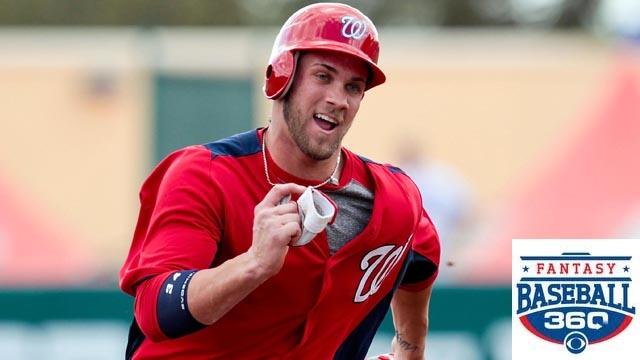 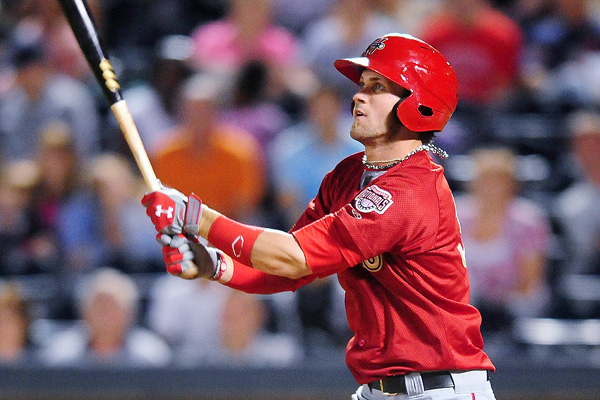 “Getting to the big leagues and sticking is not 100 percent guaranteed for anyone,” Ryan Zimmerman said. “Bryce is the kind of kid that, he’s very confident. He knows he’s a good player. But you have to be like that in baseball. He’ll be able to handle whatever it is, whether he comes up and goes back down or comes up and stays up. For the most part, Bryce is very mentally tough for his age.”Zimmerman reached the majors a few weeks before his 21st birthday. He remembers facing John Smoltz, a player had grown up admiring, and thinking, ‘Holy [smokes].’ “You have to get past that point,” Zimmerman said. “You have to get past the point of, these are figures, these are superheroes, and now you’re playing against them. You have to put yourself on that level. Once you get past that, the game is the game.”In that regard, Harper will benefit by being more famous than pretty much everyone on the field. He calls Albert Pujols by his first name. He wore a hat with an uncommon logo this spring, and when asked for an explanation, Harper said, “Kobe and Beckham wear it.”I think Harper will feel less internal pressure in the majors than in Syracuse, and a few people in his orbit agree. If Baseball’s Chosen One fails in the minors, it is an embarrassment. If Harper struggles at the major league level, then he is just another player working through a slump. He is the rare player with less to prove in the majors than in the minors.The questions about his demeanor, his attitude, his makeup will come. The Nationals are past that.“Bryce, not so much anymore, but at first, had a different way of expressing his confidence,” Zimmerman said. “From last spring training to this spring training, I’ve never seen somebody grow up as quickly as he has in one year. The way he carries himself, he thinks [about] things differently now.”After Harper moved to minor league camp, he briefly became somewhat restless. But at Class AAA, he fit in well. His teammates teased him, and he teased them back.
“That’s never been an issue,” Class AAA Manager Tony Beasley said. “He’s always been a good teammate. He’s just another one of the guys in the clubhouse. He doesn’t separate himself or get any kind of special attention. He’s been awesome.”He’ll walk to the plate Saturday night at Dodgers Stadium. He may or may not be ready. He will have handled tougher situations on a diamond. What will happen? Who knows?
“What has he always done?” one Nationals coach said this winter. “He always found a way to be the best player on the field.”