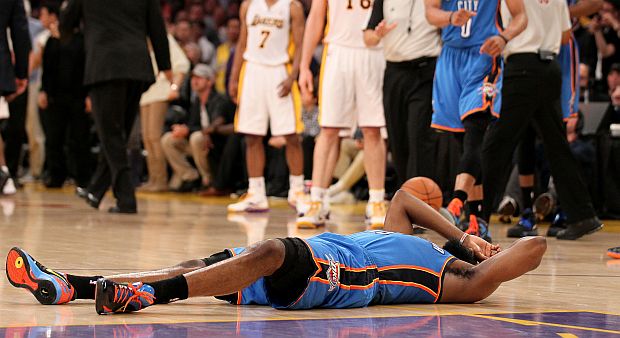 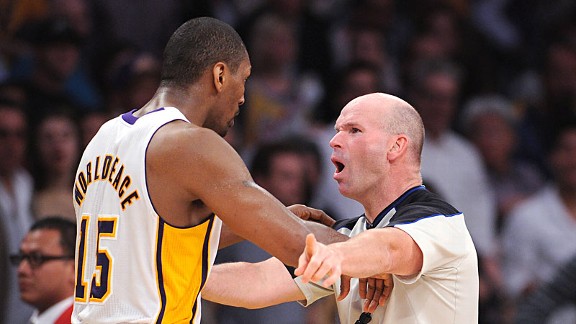 Metta World Peace picked a bad time to become Ron Artest again.
Or at least the old Ron Artest.
The Lakers forward was ejected in the second quarter when he threw an elbow into the back of the head of Oklahoma City's James Harden.
World Peace had dunked and shortly after hit Harden from behind leading to a concussion.
After the game World Peace, who had rid himself of a nasty reputation in the past few years, apologized to Harden.
ABC analyst Magic Johnson called it "a cheap shot" but the Laker forward said it was not.
"I got real emotional and excited, and it was unfortunate that James had to get hit with the unintentional elbow," said World Peace. "I hope he's OK. Oklahoma, they're playing for a championship this year. I apologize to the Thunder and James Harden. It was just unfortunate."
World Peace, who was playing some of his best basketball in April, faces a certain suspension. If you were the NBA police how severe would that be?