One World Trade Center will soon be West's tallest tower 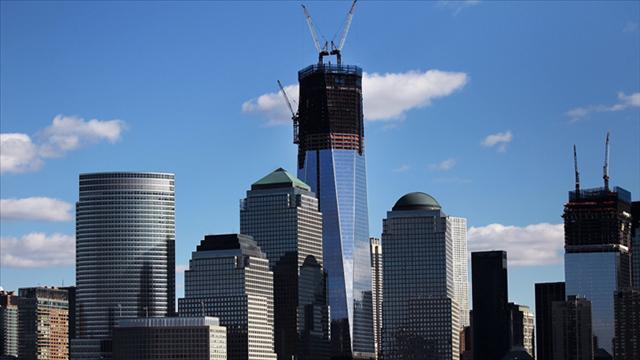 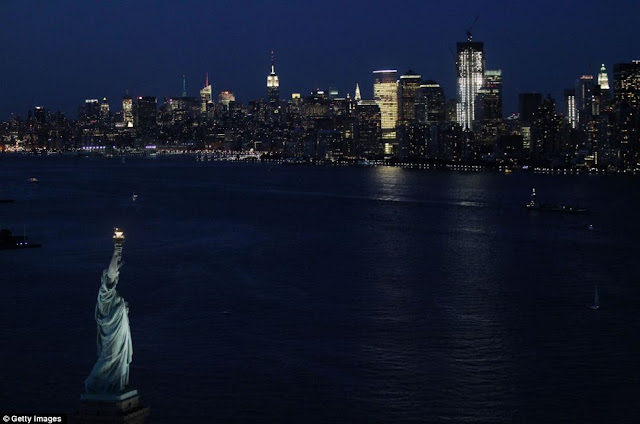 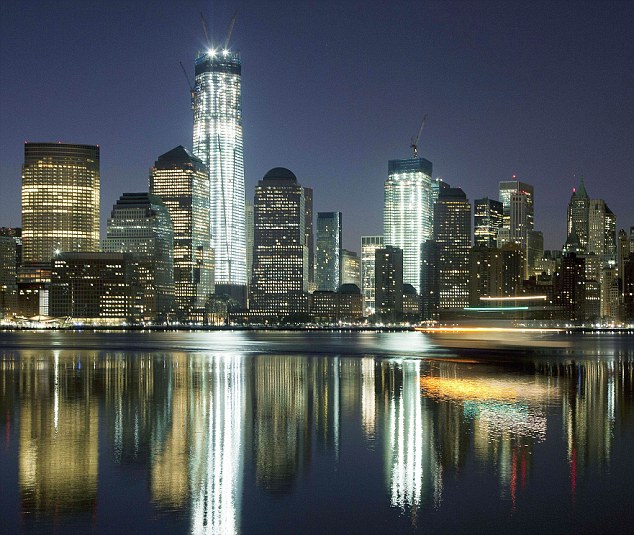 Soon the iconic Empire State Building will no longer be the king of the city skyline.
By Monday, the rising steel frame of One World Trade Center is expected to surpass the 1930s vintage skyscraper, passing the title of tallest building in the city — and in the Western Hemisphere— to lower Manhattan.
Weather permitting, the heir to the title of tallest building in New York, which was held by the Twin Towers from the early 1970s until the Sept. 11, 2001, terrorist attacks, will change hands, said Patrick Foye, Port Authority of New York and New Jersey executive director.
"One World Trade Center will be the tallest building in Manhattan in days," he said Thursday, after the Port Authority's board of commissioners meeting.
At 1,776-feet and 104 floors, the new tower will be 408 feet taller than the Twin Towers, according to data from the Chicago-based Council on Tall Buildings and Urban Habitat, a not-for-profit group that tracks the building industry.
Once completed, One World Trade Center would surpass the 1,451-foot Willis Tower (formerly Sears Tower) in Chicago to become the tallest in the Western Hemisphere, according to council spokesman Kevin Brass. The tallest building in the world remains the Burj Khalifa in Dubai, at 2,717 feet.
Construction of One World Trade Center is on track and won't be completed until the fourth quarter of 2013 or the first quarter of 2014, Foye said. He added the structure is about 55 percent leased and is "poised to be a commercial success."
Foye also reported "incredible progress" on the PATH transportation hub, which will connect with the World Financial Center and subway lines at the Metropolitan Transportation Authority's Fulton Street Transit Center.
"The hub is coming along nicely. It is at grade level in places," Foye said. "Steel continues to be fabricated and erected; the underground hallway from (World Financial Center) to Fulton Street is being worked on."
Bright spot
The news of One World Trade Center reclaiming the sky was a bright spot for a World Trade Center redevelopment project that has been plagued by cost overruns, delays and headaches for the agency.
A report by Navigant Consulting Inc. and Rothschild Inc. found that World Trade Center redevelopment costs grew from an estimated $11 billion in 2008 to a current estimate of some $14.8 billion. Port Authority officials reiterated that after reimbursements from third parties are factored in, the estimated net of that cost increase grew from $6 billion to approximately $7.7 billion at the site.
A second report that examines the Port Authority's $25 billion capital program is due midyear, Foye said.
"People from Navigant are stationed here and working quite hard," he said.
Another issue for the project -- getting reimbursement from third parties for work done on the National September 11 Memorial and Museum and other improvements made at the WTC site -- is still under negotiation, but Foye sounded an encouraging note.
The Navigant report identified $1.57 billion in additional costs at the WTC site attributed to "add-on" projects being built by the Port Authority on behalf of other agencies, for which the authority is seeking reimbursement.
So far, the Port Authority has received $40 million from the Battery Park City Authority, $2 million from Lower Manhattan Development Council, $100 million from Durst Corporation for a minority equity interest in Tower 1 Joint Venture LLC and a $2.6 billion federal grant for the WTC Transportation Hub, officials have said.
'Money pit'?
Founders of the Twin Towers Alliance, which lobbied for reconstruction of a modern set of towers and serves as a watchdog group on the project, continued to press the Port Authority for information about redevelopment decisions that cost time and billions of dollars at the WTC site.
"You're using the money of the taxpayers and commuters of New York and New Jersey to fill this money pit with billions and billions of dollars," said Richard Hughes, a co-founder of the alliance.
He questioned whether incentives were extended to companies that have leased space in the tower, and what will happen to tolls and fees if the remaining space can't be rented.
The Port Authority's board of commissioners also approved an agreement Thursday with the Durst Organization, to partner with the Port Authority in construction, operation and leasing of the 408-foot broadcast antenna that will top One World Trade Center.