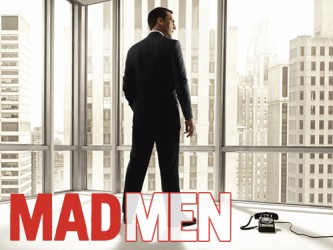 Everybody went in search of more beautiful places on “Mad Men” Sunday night and nobody found them.
For Don, the more beautiful place was a Howard Johnson’s motel in upstate New York, where he hoped to dazzle Megan with a weekend of spontaneous exotic pleasure under the famously romantic blue and orange HoJo’s sign.
Once he had her there, he planned to clinch the deal with a dish of orange sherbet.
Only problem was that where Don saw HoJo’s as “a destination,” Megan called it “a place you stop on your way to somewhere.”
Oh, and she thought the orange sherbet tasted “like perfume.”
Apparently it’s an acquired taste.
So they had a big fight and he drove off and when he came back, she was gone.
The orange sherbet presumably was still there. And by the way, this sherbet, like the roof, was eye-poppingly orange.
Roger, meanwhile, was reluctantly accompanying Jane to a party tossed by her therapist and dominated by an insufferable academic who quoted the Tibetan Book of the Dead while passing out LSD.
Actually, this trip went okay for Roger. The LSD made him see visions of the 1919 World Series and his stoned conversation with Jane gave him the opening he needed the next morning to tell her it was over.
So it was really Jane for whom the trip didn’t work out, though she won the evening’s wardrobe control award hands down.
When Roger woke her up to say goodbye, she was sleeping seductively in a loose-fitting kimono, and she somehow managed to hold an entire conversation while never letting the kimono shift in a way that would violate AMC’s unwritten code about what can and can’t be exposed in these situations.
The worst excursion of the show, though, even worse than HoJo’s, was Peggy’s trip to the movies.
She had just blown another Heinz beans presentation, so she stomped off to the picture show, where she was watching “Born Free” and munching on some popcorn when the guy in back of her lit up a joint.
Peggy took a toke and pretty soon she was giggling and the guy was next to her and she was doing him a quick cheap, uh, favor.
Remember when Peggy’s penance was just Hail Marys?
So after Joanie’s and Pete’s relationships and fantasies were shredded last week, this week it was Peggy’s, Roger’s and Don’s turn.
Don did at the end think he’d sort of patched things up, after a footrace around the apartment that ended with he and Megan sprawled out on the floor, just like that time after the party.
Nor was that moment, incidentally, the only déjà vu in the episode. Peggy fell asleep on the office couch and was awakened by Dawn, which of course is a precise reversal of the night Peggy woke Dawn up.