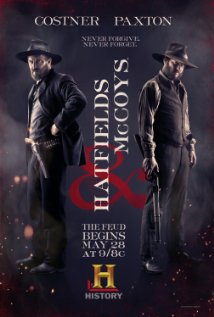 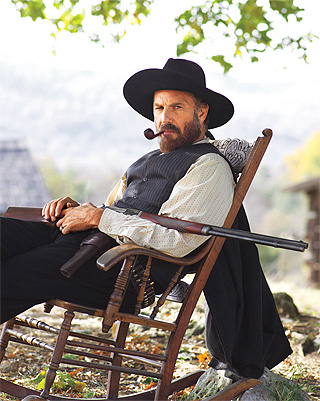 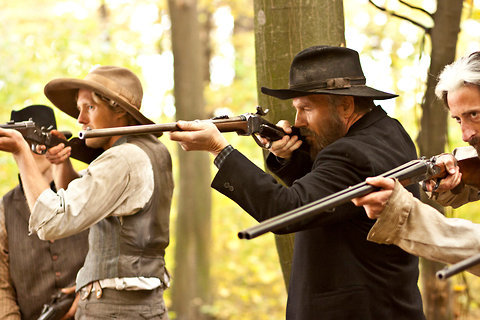 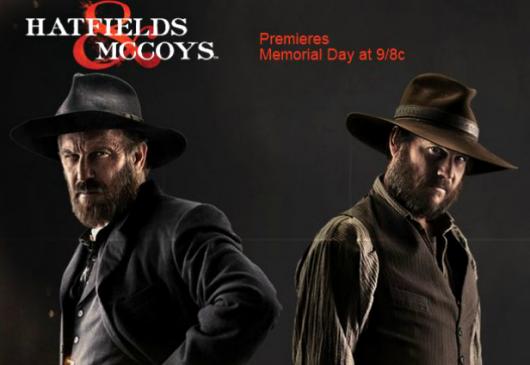 13.9 million viewers tuned in on Monday night to the first 2-hour installment of The History Channel's 3-part miniseries, which starsKevin Costner and Bill Paxton as the feuding families' patriarchs.

As a result, the History Channel has officially made history because the western has become was the most-watched non-sports show ever on ad-supported cable TV.

Yeah, it's a mouthful of a record, but an impressive one nonetheless. To put it into perspective, the top show of the night on broadcast television was NBC's America's Got Talent with just over 10 million viewers.

The only non-sports show on cable TV to get more viewers was High School Musical 2 with 17.2 million, but since the Disney Channel isn't ad-supported, Hatfields & McCoys wins!

Way to go, History! Congrats on the huge success!