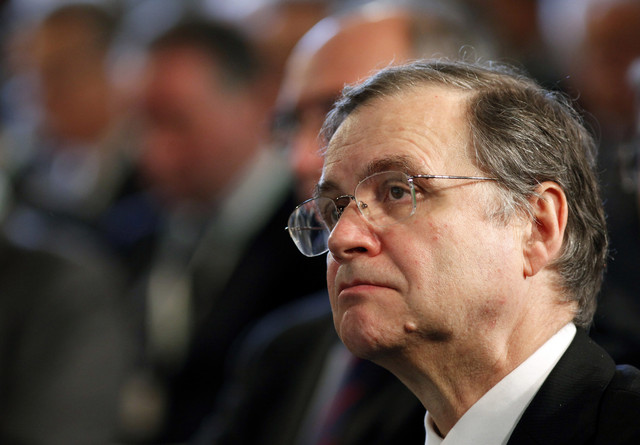 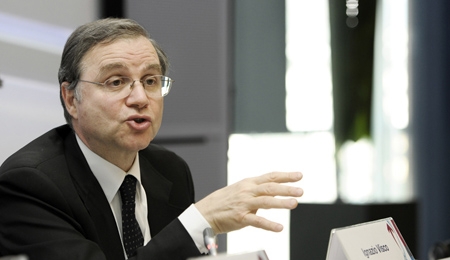 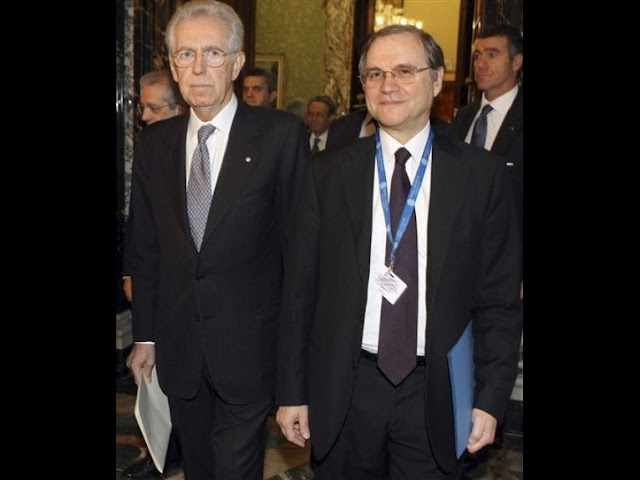 In a keynote speech to the bank's annual assembly, Visco also urged Mario Monti's technocrat government to take every opportunity to sell state assets to cut Italy's massive public debt, equal to around 120 percent of output.

While tough austerity measures had been necessary to try to head off a mounting debt crisis, "we have nonetheless paid the price of raising the tax burden to a level incompatible with rapid growth," Visco said.

Italy has been in recession since the middle of last year and its benchmark borrowing costs, which fell steadily after Monti took office in November to below 5 percent, have risen in recent months to dangerously high levels of 6 percent.

"The scope for reducing the public debt by selling assets in the public domain must be exploited to the full," Visco said.

Monti has so far made little use of privatisation in an austerity drive that has been made up largely of higher taxes.

Visco said that economic contraction this year would hopefully be limited to around 1.5 percent, a more downbeat projection that the government's -1.2 percent forecast, but more upbeat than the -1.9 percent seen by the International Monetary Fund.

Visco also had clear advice for Italy's banks, which he told to cut costs and streamline oversized boards, warning that they would find it hard to counter current low profitability by expanding their volume of lending.

"Bank mergers and acquisitions have not been followed up by sufficient streamlining of groups' organization or reduction in the number of board members," he said.

Visco said the 10 largest banking groups had a total of 1,136 board positions, without counting foreign units.

"Such arrangements are costly in themselves and are not justified by the professional expertise needed to effectively manage banks," he said.