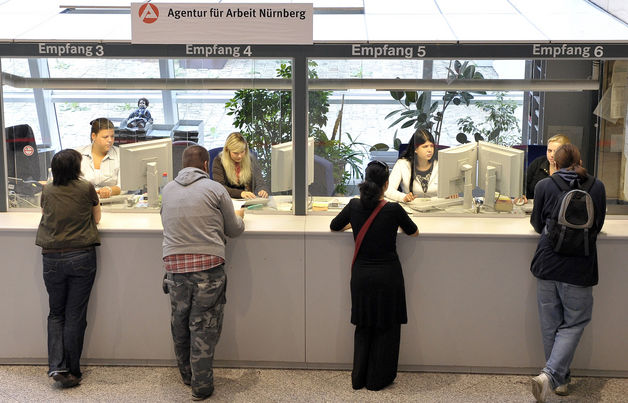 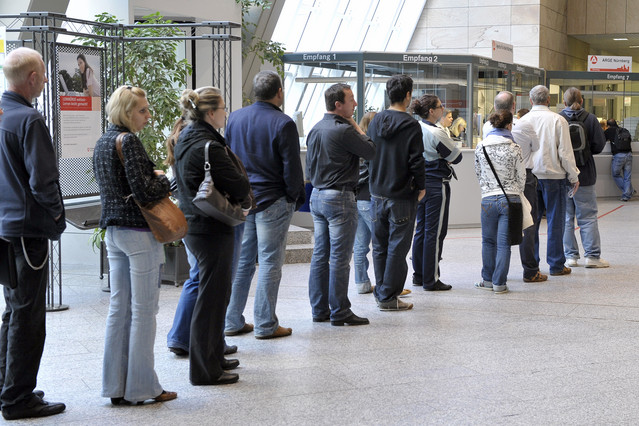 Germany's unemployment rate dropped below 7 percent in May, the labor agency reported Thursday, as Europe's largest economy performed well despite problems in the eurozone. However, the labor market's momentum showed signs of slowing.

The jobless rate fell to 6.7 percent in May from 7 percent in April, with the total number of people registered as unemployed down 108,000 to 2.86 million — the lowest level since December. Compared with May 2011, there were 105,000 fewer Germans without jobs.

ING economist Carsten Brzeski noted that the May drop was the weakest month-on-month improvement in that month since 2002.

In seasonally adjusted terms, the drop in the unemployment rate was shallower — to 6.7 percent from 6.8 percent.

"At first glance, today's numbers illustrate the strength of domestic demand, at least partly cushioning the German economy against the negative impact from the debt crisis," Brzeski said in a research note. "At second glance, however, signs are increasing that the resilience of the German labor market is slowly cracking up."

Germany's economy has grown by 3 percent or more in each of the last two years, and returned to unexpectedly strong growth of 0.5 percent in this year's first quarter after contracting in the last three months of 2011. However, business confidence recently dropped after several months on the rise, suggesting that Germany isn't immune to the eurozone debt crisis.

Brzeski said it appears that the unemployment rate is now close to its natural level, and that further significant drops would require new structural reforms.

"The German labor market is losing momentum but this is not yet a cause for concern — at least not for this year," he said. "With a new boost from the latest wage settlements, domestic demand might not be a strong, but definitely an important, growth driver."