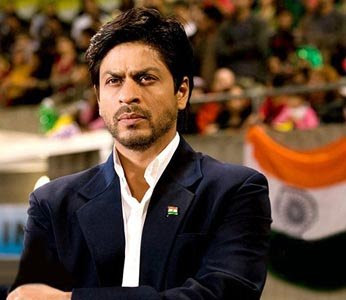 Poonam Pandey's stripe act for Shah Rukh Khan team's victory has been making a lot of waves. Everyone is talking about it but the actor has decided to keep mum and not to comment on it at all. At a recent press conference in Mumbai SRK refused to comment on Poonam Pandey's act.

Commenting on Poonam Pandey's stripe gate, SRK says, "When we won the Indian World Cup last year, me and my friends were happy. We celebrated by going all around in the car and hooting for Indian. In the same way people have different ways of portraying their happiness and I appreciate it."

Shah Rukh further adds, "I am thankful to people who have celebrated for my team KKR's victory."