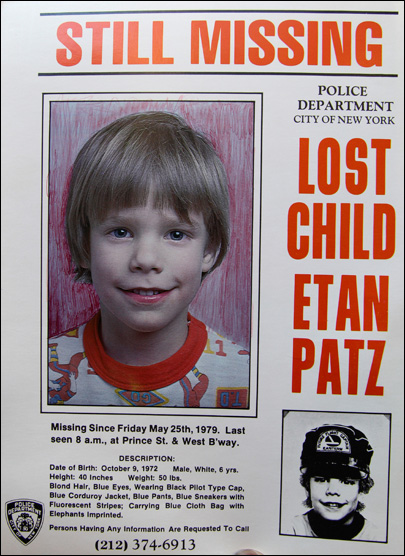 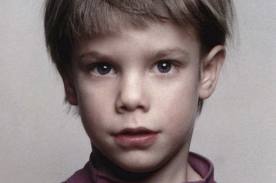 Police said on Thursday they have a suspect in custody in the 1979 disappearance of six-year-old Etan Patz from his New York City neighborhood, a case that drew national attention to the plight of missing children.

The break in the case came one month after the FBI and NYPD officers conducted a four-day excavation of a basement in Manhattan's Soho neighborhood near where Patz lived and was last seen. At the time, police said no obvious human remains were found and it remained a missing person case.

"An individual now in custody has made statements to NYPD detectives implicating himself in the disappearance and death of Etan Patz 33 years ago," New York police commissioner Raymond Kelly said in a statement.

The New York Times reported the suspect's name as Pedro Hernandez, citing an unidentified police source. The Times said Hernandez was taken into custody late on Wednesday in Camden, New Jersey, and had been considered a possible suspect in the past although it was not immediately clear why.

Although the boy was formally declared dead in 2001, Manhattan district attorney Cyrus Vance re-opened the case in 2010 and investigators tore apart the basement in April looking for clothing and human remains after a cadaver-sniffing dog sensed something at the site.

On May 25, 1979, Patz's parents allowed the boy to make his first unaccompanied trip to the bus stop two blocks away. They never saw him again.

Long targeted as a suspect in the case was Jose Antonio Ramos, a friend of Patz's babysitter who was later convicted of child molestation in a separate case in Pennsylvania. He is due to be released from prison in November.

Patz family members last month asked the media to respect their privacy as the days-long dig was under way just 100 yards from the home where they still live.

Authorities tore through the floor of a workshop used by a handyman, Othniel Miller, now 75, who had paid the boy to help him with chores. Miller was questioned by police but was not charged with a crime.