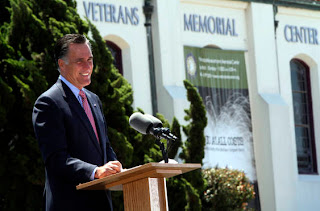 The world is a dangerous place and needs a dominant US army to keep it in check, presidential candidate Mitt Romney has decreed. If elected, he promised to maintain military might with “no comparable power anywhere in the world.”

The Republican candidate addressed a 5,000-strong San Diego crowd at a Memorial Day event to honor those who died serving in the US military.
He warned Americans of the perils of a shrinking military, citing the growing threats of Iran, Pakistan, China and Russia. 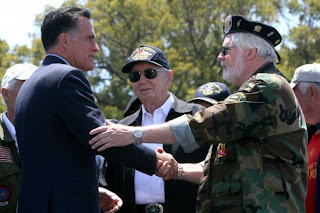 "I wish I could tell you that the world is a safe place. It's not," Romney said to the gathered crowd.

Although he did not refer to his electoral rival by name, Romney’s policies contradicted those planned by President Obama.

The Obama administration intends to scale down the US military and withdraw troops from Afghanistan by 2014.

Romney’s pro-military sentiment was received with cheers and applause by the war veterans who had gathered for Memorial Day. San Diego is home to the US Navy’s Pacific Fleet and boasts the largest such military community on the US’s West coast.