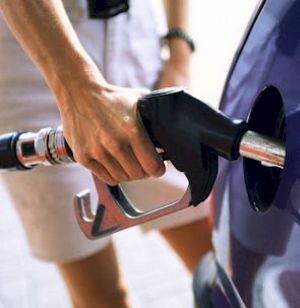 Gas prices are down this holiday weekend.

Why have prices been declining lately?

"Basically, gas prices were too high. We get sloppy drunk every year, the trading community, and this was no exception."

Other factors in lower crude prices include fewer concerns, at least for now, about the situation in Iran, the generally still-sluggish United States economy, and Europe's economic woes, Kloza added.

Federal officials say gas will cost $3.79 on average this summer, up eight cents from last year.

"I'm on board with it," Kloza observed, "but an estimate always talks about an average. An average is very, very misleading.

"We're going to see $3, $3.10 in places like the Southeast. We're gonna see $.25, $4.50 in the Northwest. So, it's a little bit like having a couple of governors, and one of them being Chris Christie (of New Jersey) and saying, 'The average weight of the governor is this.'

"The Northwest is going to be will be very high for awhile, but the whole country should calm down. And it'll be about the price we paid last year, but considerably more than 2010."

Come Election Day, prices are likely to be lower, Kloza noted, saying, "Prices always move lower from Labor Day to Election Day. (It) has nothing to do with politics. Everything to do with you can bake more, cheap ingredients into the gasoline cake (at that time of year). And that will happen."

To see the entire interview of Kloza by "CBS This Morning: Saturday" co-hosts Jeff Glor and Rebecca Jarvis, click on the video in the player above