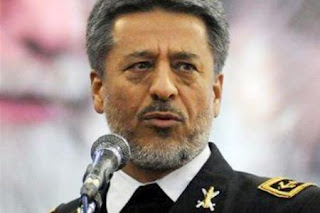 On Saturday the commander of Iranian navy Rear Admiral Sayyari said that the Iranian Navy is producing destroyers that are more advanced and sophisticated than the indigenously-manufactured Jamaran as part of its broader plans for boosting its fleets in the international waters.

He noted that Iran’s Navy embarked on a self-sufficiency program in the production of military equipment and systems following the victory of the Islamic Revolution in 1979, stressing that Iranian naval forces are now equipped with state-of-the-art technology. 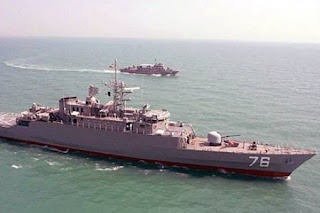 The Iranian Navy launched its first indigenous Jamaran destroyer in the waters of the Persian Gulf in February 2010. The vessel completed its first international mission on December 18, after conducting counter-piracy operations in the Gulf of Aden.

The 1,420-ton destroyer, which is part of the 16th fleet of Iranian warships, is equipped with modern radars and electronic warfare capabilities.

It has a top speed of up to 30 knots and a helipad. The destroyer features highly advanced anti-aircraft, anti-surface- and anti-subsurface systems. The vessel has also been equipped with torpedoes and naval cannons.

The Iranian Navy has been conducting patrols in the Gulf of Aden since November 2008 in order to safeguard merchant containers and oil tankers owned or leased by Iran or other countries.