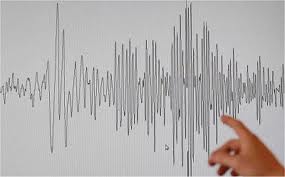 A 5.8-magnitude earthquake has struck Italy 51 kilometers north-east of the city of Parma at a depth of 9.6 kilometers, centred on the Emilia region, where a quake 10 days ago killed seven people and damaged many buildings.

Tuesday's tremor was estimated at 5.8 and was felt in Milan and Bologna, where office workers were evacuated.

The tremor happened at 09:03 local time (07:03 GMT).There are no reports of major damage or injuries.But some buildings collapsed in areas hit by the larger 20 May quake, which was magnitude 6.0, the Associated Press said.

That quake destroyed many centuries-old buildings of cultural value. It was the worst to hit Italy since the L'Aquila tremor that killed nearly 300 people in 2009.