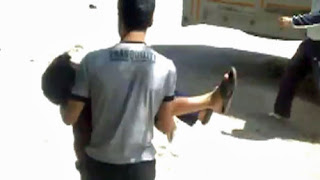 A total of 32 children under the age of 10 are among 92 people confirmed killed in fighting on a town near the city of Homs.
Activists said Syrian government forces attacked Houla with artillery.
It is the bloodiest loss of life since a ceasefire brokered by the United Nations and the Arab League was put into effect last month. 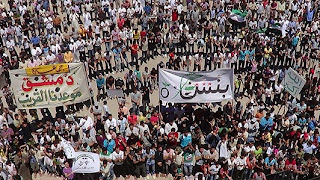 Videos posted online showed graphic images of dead children lying on a floor. Some were wearing bloody clothes and had severe head wounds.


The latest violence comes as tens of thousands of protesters took to the streets, and tanks were reportedly deployed to counter public action after Friday prayers.

For the first time since the uprising against President Assad's regime erupted 14 months ago, army tanks rumbled through Aleppo, the London-based Syrian Observatory said.