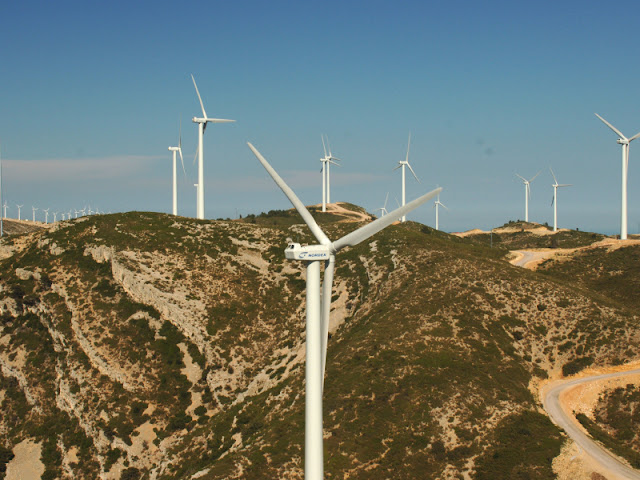 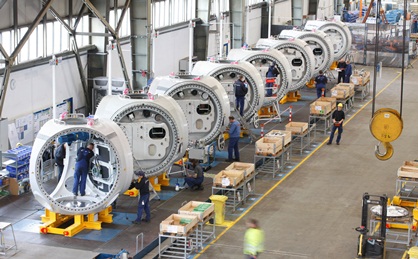 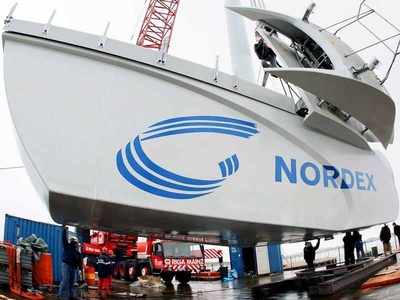 Nordex SE (NDX1), a German wind-turbine maker, rose the most in almost a week in Frankfurt trading on speculation a U.S. decision to impose duties on wind-tower imports from China will benefit the company.

Nordex climbed as much as 5.3 percent, the biggest jump since May 25, after the U.S. Commerce Department set duties of as much as 26 percent on Chinese products. The stock traded up 4.6 percent at 3.21 euros as of 12:37 p.m. Frankfurt time.

The U.S. decision “is the only possible reason for the share-price increase,” said Heinz Steffen, an analyst at Fairesearch GmbH in Kronberg, Germany.

The U.S. released preliminary results yesterday of a probe into a claim by the Wind Tower Trade Coalition that its members are harmed by subsidies on Chinese products. The new duties may be a boon to European rivals such as Nordex, Vestas Wind Systems A/S (VWS)and Gamesa Corp. Tecnologica SA (GAM), which face shrinking profit margins as Chinese production exacerbates a supply glut.

While Hamburg-based Nordex generates most of its sales in Europe, the company last year benefited from wind-energy investment in the U.S., where it won a contract from BayWa AG to supply a 30-megawatt project in Texas in December.

Growth of turbine installations in the U.S., the second- biggest market after China, may tail off next year with the possible loss of a tax credit, the Global Wind Energy Council said last month.

“The U.S. needs to prolong or set up new incentives or the growth in the U.S. will collapse,” Steffen said today.