Spain Cries for Helping, is Berlin Listening that? 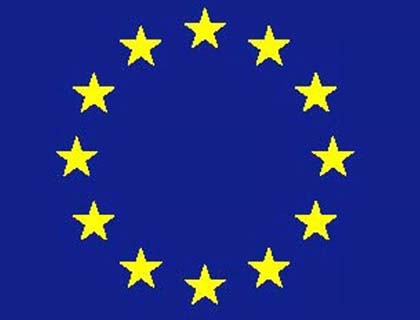 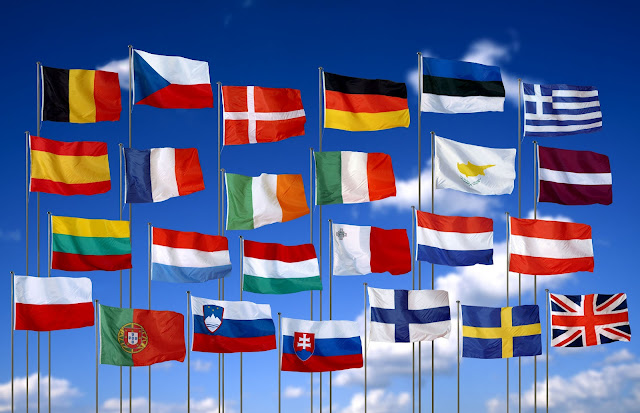 
Spain, the ailing euro zone's latest problem child, has them all. As the problems pile up, Prime Minister Mariano Rajoy's five-month-old conservative administration feels like a government under siege.

Nervy top officials are reluctant to speak on the record for fear of slipping up. Policymakers contradict one another. Plans keep changing. Financial markets reel amid the uncertainty. The gloom in ministry corridors is palpable.

The latest gaffe: after weeks insisting that one of the country's biggest banks, Bankia, did not need fresh funds, ministers dropped the bombshell last Friday that there was a 23-billion-euro hole in the accounts.

They have yet to explain clearly how they will find the money when they are already struggling to finance a spiralling national debt.

The effect of the Bankia [BNKXF 1.424 --- UNCH] news on fragile financial markets was devastating.

Spanish shares dived to 9-year lows, the euro sank and investors fled Spanish government debt, pushing the yield towards the 7 per cent level at which fellow eurozone members Ireland and Portugal were forced to seek national bailouts from Brussels.

To hear the government tell it, outsiders have got it all wrong: Spain has lived beyond its means for too long and is now going through a painful but necessary period of adjustment to shrink its state sector, cut spending and boost competitiveness.

All the right things are being done.

Officials say foreigners don't understand that Spain has boosted its exports more than any other European country in the past three years, that it has reformed its labour markets, cut its costs of production and come clean about the problems in its banks, which lent too enthusiastically to finance a huge property bubble that has now burst.

Now, ministers say, Madrid just needs time and some help and support from its European partners to get through the most acute phase of the crisis and give the reforms time to work.

Running Out of Time and Ideas

Unfortunately, time is running out. Despite fresh proposals from Brussels on Wednesday that could go some way towards offering Rajoy what he wants - if they find their way through the Union's tortuous decision-making process into law - Europe's paymaster Germany has yet to fulfill Spain's wish list.

Spanish depositors are jittery. Newspaper editors tell of calls from members of the public unsure what to do with their money, asking for advice.

Anecdotes abound of the wealthy moving their money to the relative security of London, Germany or France.

8.10 (+2.57%)] and KnightFrank say the number of Spanish buyers grew 14-21 percent in April compared with the average of the preceding six months.

Official bank deposit figures are published with a big time lag: the latest numbers, for April, are due shortly. Spanish bankers insist that there will be no bank runs.

But ministers in private are clear about their wish to see European-wide bank deposit guarantee measures put in place quickly to avoid the risk of what could be a catastrophic event. There are signs the European Central Bank favours deposit guarantees.

Problems are mounting on other fronts.With the cost of borrowing heading rapidly towards 7 percent and most foreign investors already shunning Spanish debt, the government will find it increasingly difficult to refinance 98 billion euros of debt and find another 52 billion euros to fund its deficit this year.

Local banks are barely lending, or offering loans at prohibitively high rates, squeezing companies and increasing the risk of a chain of bankruptcies which could send the economy into a nosedive.

The banking system's total loans to the business sector were 44.6 billion euros at the end of March half of what they were at the end of the boom in 2007, and the contraction continues almost every month, according to Bank of Spain data.

Consumers are postponing big purchases and cutting back spending. Spain's soaring borrowing costs have become a national obsession since the crisis. Taxi drivers opine knowledgeably about the "risk premium" Spain must pay to borrow and TV news bulletins open with the latest number for "la prima de riesgo".

The government acknowledges that the situation is critical.

In private, officials say, Rajoy has been pressing Brussels and Berlin for the European Central Bank to guarantee all bank deposits in the eurozone to prevent bank runs, to buy Spanish sovereign debt to reduce yields and calm markets, for greater European fiscal integration and for allowing the European bailout fund to lend money directly to recapitalise Spain's sickly banks.

The ECB is resistant to bond purchases on a massive scale.

"Spain is going through a major crisis of confidence," one diplomat said.

"Markets are good at pricing risk but they hate uncertainty - and right now that uncertainty is killing Spain."

Bankers and local media say Rajoy's own stumbles are making matters worse at a critical time.

The 56-year-old, like many of his ministers, hails from provincial Spain, has no international experience, lacks deep knowledge of finance and speaks only limited English.

A hastily scheduled press conference by the premier on Monday ended with markets taking fright at his lack of clarity about how to fund the Bankia bailout and his insistence that Spanish banks did not need a European bailout.

Government sources expressed frustration that the media had failed to understand the prime minister's "clear message".

"I was expecting that this government would do things better," one senior banker here said.

"Instead they are shooting from the hip. You can't say to the market that you are going to do one thing and then do something else."

"Where are the technocrats ?" another banker asked. "What this government needs is a really good technocrat who has the experience and the knowledge to cope with a situation as tough as this one."

Analysts and foreign bankers here say the Madrid government is making a big gamble by assuming that the European Union's paymaster Germany, together with the European Central Bank, will in the end "do the right thing" and come to Spain's rescue.

Germany has led opposition to increasing the size of the EU's bailout fund, to guaranteeing all eurozone bank deposits, to allowing the use of common eurozone bonds to fund governments and to letting the ECB buy more government debt to push down yields.

The resentment in Madrid is very apparent.

"Countries which are doing reforms need to find a way to be rewarded, rather than punished," deputy Prime Minister Soraya Saenz said in a conversation with Reuters.

"...it's not possible to explain to citizens that what they save through austerity will then be spent on higher debt interest payments."

Top officials mutter about how today's European Union consists of a "German Union plus the rest" and local businessmen make unflattering comparisons with Berlin's domination of Europe in World War Two.

A commonly heard view among top Spanish bankers, officials and diplomats is that Spain is "too big to fail".

It is inconceivable, they say, to imagine the eurozone without its fourth biggest economy. Spain's future is inextricably linked to Europe's future. So Germany is bound to agree reluctantly to change course and allow the ECB and the bailout fund to support Spain.

"It may go down to the wire, it may get very bad," one senior diplomat here said.

"But Germany has to choose. With Greece it did not have to choose. It could allow Greece to fail. But if Spain fails, Europe fails. So in the end we have to believe that Merkel and the Taliban of the Bundesbank (German central bank) will change their minds and do what they need to do to save Europe." Deputy Prime Minister Saenz says it's about nothing less than the future of Europe.

"If the EU doesn't reinforce the eurozone with some sort of mechanism, it's not about who leaves, it's about the EU itself. What is Europe without the euro?"

Whether that is true remains to be seen. Reuters reported last November that France and Germany had secretly discussed plans for a smaller "core" eurozone consisting of strong nations intent on deeper economic integration.

"They think here that Spain is a very important country and a crucial part of Europe," said one long-time Madrid bank adviser.

"But they forget that for the Germans, Spain is a minor country next to Greece and Italy."