A massive power breakdown has hit India, more than half the country without power 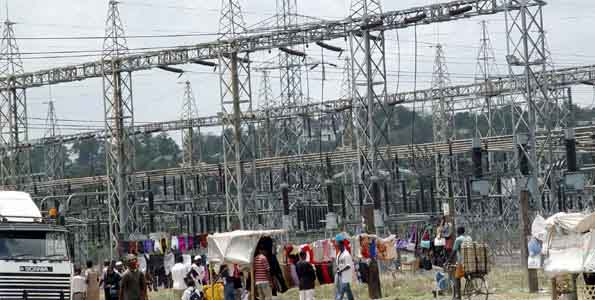 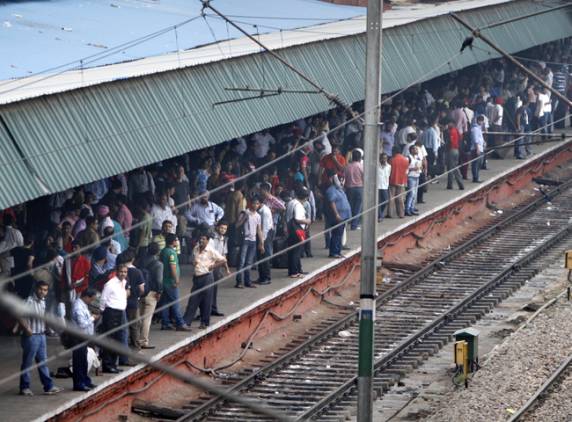 Officials said the northern and eastern grids had both collapsed. All Delhi metro services have been halted and staff are trying to evacuate trains.
Monday's power failure caused severe disruption and travel chaos across northern India.
It was unclear why the grid collapsed but the power minister said some states may have been taking too much power.
Sushil Kumar Shinde said power would be restored in "another 90 minutes".
After Monday's cut, engineers managed to restore electricity to the northern grid by the evening, but at 01:05pm (0735 GMT) on Tuesday, it collapsed again.
The eastern grid failed around the same time, officials said.
"Both the northern and eastern grids have collapsed. Please allow us to address the problem," AFP news agency quoted VK Agrawal, the general manager of the northern grid, as saying.
The two grids together serve more than half of India's 1.2bn people.
The breakdown has hit a large swathe of the country including Delhi, Punjab, Haryana, Uttar Pradesh, Himachal Pradesh and Rajasthan states in the north, and West Bengal, Bihar, Orissa and Jharkhand in the east.
An official in Orissa said the blackout in the eastern grid had been triggered by a fault and could take several hours to resolve. 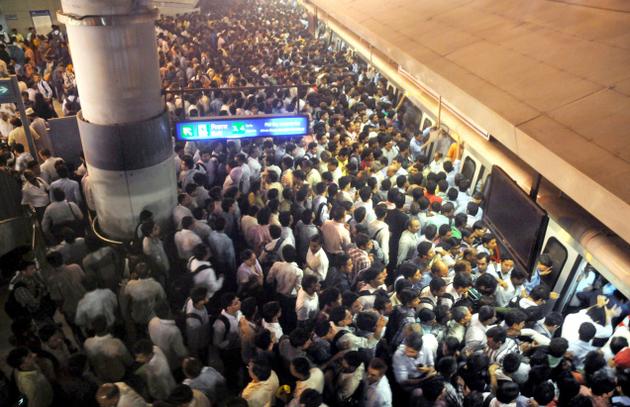 Railway officials said more than 350 trains were stranded, and hospitals and essential services were running on backup generators.
Across West Bengal, power went at 13:00 and all suburban railway trains on the eastern railways ground to a halt from Howrah and Seladah stations, the BBC's Rahul Tandon reports from Calcutta.
However, the city is not badly affected as it is served by a private electricity board, our correspondent adds.
Power cuts are common in Indian cities because of a fundamental shortage of power and an ageing grid - the chaos caused by such cuts has led to protests and unrest on the streets in the past.
But the collapse of an entire grid is rare - the last time the northern grid failed was in 2001.
India's demand for electricity has soared in recent years as its economy has grown but its power infrastructure has been unable to meet the growing needs.
Correspondents say unless there is a huge investment in the power sector, the country will see many more power failures.