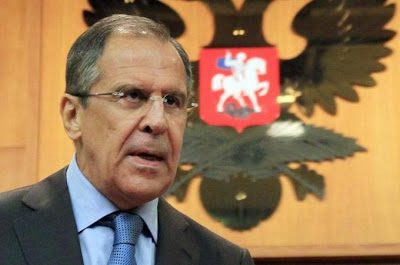 The United Nations Security Council has postponed until Thursday a vote on a Western-backed resolution that threatens Syrian authorities with sanctions in a bid to end the 16-month conflict, Russia's U.N. envoy said on Wednesday.
"A possible vote has been postponed until tomorrow morning," Russian Ambassador Vitaly Churkin told reporters after a meeting of the envoys of the council's five permanent members, adding that further talks on the measure would be held on Wednesday.
International envoy Kofi Annan had requested the delay amid differences between Moscow and the resolutions's Western sponsors over whether Damascus should be threatened with sanctions.
Russia has vowed to veto the resolution drawn up by Britain, with the backing of France, United States, Germany and Portugal. The resolution proposes non-military sanctions under Chapter VII of the UN Charter if President Bashar al-Assad does not halt the use of heavy weapons within 10 days of a resolution being passed.
Russia accused the West of inciting the Syrian opposition after the defence minister and Assad's brother-in-law were killed in a bomb attack, arguing that a proposed UN resolution amounted to support for the rebels and would lead to more bloodshed.
"Instead of calming the opposition down, some of our partners are inciting it to go on," Sergey Lavrov, the Russian foreign minister, was quoted as saying by the RIA Novosti news agency on Wednesday.
Supporting the Syrian opposition "is a dead-end policy, because Assad is not leaving voluntarily," he said.
Despite the probable delay in the vote there was no sign that Russia has withdrawn its veto threat. "We cannot accept Chapter VII and the section about sanctions," Sergei Lavrov, the Russian foreign minister, said in Moscow on Wednesday.
'Need to act'
Foreign ministers from the five permanent Security Council members - Russia, United States, France, Britain and China - were negotiating the future of the resolution, diplomats said.
UN ambassadors from the five countries held talks at the Council on when the vote would go ahead.
The mandate of the UN Supervision Mission in Syria (UNSMIS) ends on Friday and without a resolution the UN may have to hurriedly withdraw the nearly 300 unarmed observers now in Damascus.
The Western countries will "seriously consider" Annan's request, said Peter Wittig, UN envoy for Germany which is currently a non-permanent member of the council.

"We want to give diplomacy a chance but there has to be meaningful engagement on the side of Russia and China with our resolution," Wittig told reporters.

"We just don't want business as usual. We want a strong signal with that resolution and the events in Damascus today of course dramatically highlight the need for the council to act at long last," Wittig added.

"We have a responsibility. Syria is sliding into chaos," the Germany envoy said.

More than 17,000 people have been killed since a popular uprising against Assad began 16 months ago, activists say.
"Decisions should be taken by people in Syria, the Syrian people," Turkish Prime Minister Recep Tayyip Erdogan said during the press conference in Moscow with Russia's President Vladimir Putin on Wednesday afternoon.
"This process being prolonged is resulting in more and more massacres being committed by Assad, just like his father."
Following the Russia-Turkey press conference, Al Jazeera's Jennifer Glasse noted that both Russia and Turkey had said that they were backing the option preferred by the Syrian people.
"Russia believes what the people want is no intervention," she said, while Turkey says the majority of the Syrian people are calling for international intervention.
"Russia is very clear that it wants its resolution passed, and that it will not back any resolution that will impose sanctions."
'Terrorist action'
Ali Akbar Salehi, the Iranian foreign minister, condemned a suicide bombing which killed three Syrian security chiefs on Wednesday, in a telephone call with his counterpart in Damascus.
"Salehi condemned the terrorist action committed today in Damascus during a telephone conversation with Walid Muallem," the official IRNA news agency reported.
Tehran is the main regional ally of Assad's regime, advocating dialogue between the government and opposition.
According to IRNA, Salehi called for "an immediate end ... to foreign interference and arms shipments ... to Syria and the support of some regional and international parties for terrorist action".
"The Islamic Republic of Iran condemns all violence and destructive action and believes that dialogue is the only solution to end the Syrian crisis," the minister said.
Meanwhile, the White House said Wednesday that President Bashar al-Assad was losing control of Syria, after a deadly attack on his inner circle, and that the United States was working urgently with international partners to push for a political transition there.
"There is real momentum against Assad, with increasing defections, and a strengthened and more united opposition that is operating across the country," Tommy Vietor, the spokesperson for the White House, said after Wednesday's suicide bombing in Damascus.
"With the Assad regime losing control, it's time for the Syrian people and the international community to focus on what comes next," he said.
"We are working urgently with our international partners to push for a political transition in Syria. The international community, including the opposition, has met several times to begin this process and it must continue."