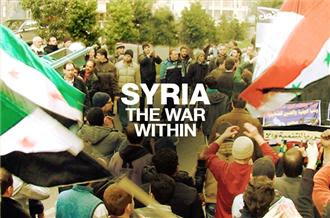 Syrian government forces have launched a ground assault in the largest city Aleppo, and are bombarding rebel-held areas with heavy artillery, activists and witnesses have said.
Battered and burnt-out tanks littered one of the main roads into the commercial capital, according to activists, who said the move marked the beginning of the expected government assault on the city.
Britain-based watchdog group, the Syrian Observatory for Human Rights (SOHR), said the army poured troops into the southwest of the city on Saturday.
Syrian army troops "have moved on the Salaheddine district, where the largest number of rebel fighters are based," the SOHR said.
"The fiercest clashes of the uprising are taking place in several neighbourhoods of the city," the head of the group, Rami Abdel Rahman, told the AFP news agency. "You can say that the fightback has begun."
The group said a rebel commander was one of two opposition fighters who were reportedly killed in clashes on Saturday. Ten regime soldiers are also reported to have died.
Activist group the General Comittee of the Syrian Revolution also said that troops were raking Salaheddine with heavy machinegun fire as they advanced on the neighbourhood, which has been a stronghold of rebel fighters since they seized large parts of Syria's second city on July 20.
Tanks, helicopter gunships and warplanes have poured into Aleppo over the last two days with troops firing on a string of rebel neighbourhoods in the battle to control the commercial hub of 2.5 million people.
But in the surrounding countryside, the balance of power is changing fast. In an exclusive report from Al-Bab in Aleppo province, Al Jazeera's Anita McNaught said Free Syrian Army fighters have taken control while the Syrian army has largely disappeared.
"What we have been hearing from activists is that some neighbourhoods in Aleppo have become battlefields, especially the neighbourhood of Salaheddine in the southwest," Al Jazeera's Zeina Khodr reported from Beirut in neighbouring Lebanon on Saturday.
"What we understand is that the Syrian army is trying to storm this area.
"The battle for Aleppo really has begun. We have seen clashes over the past two days, and we have seen both sides send in reinforcements. It is really important for both sides to win, to take control of Aleppo, it's such a strategic territory,
"But this is not going to be easy," she said.
International concern
On Friday, Britain's Prime Minister David Cameron said he feared Syrian government forces were about to carry out "some truly appalling acts," as international condemnation against the government's latest offensive grows.
Cameron said the offensive in Aleppo "would be completely unacceptable".
"This regime needs to realise it is illegitimate, it is wrong and it needs to stop what it is doing," he said after meeting Turkey's Prime Minister Recep Tayyip Erdogan in London.
Erdogan said: "What is happening [in Syria] is very important and very dangerous.
"There is a regime there that kills and massacres its own people."
"There is a build up in Aleppo and the recent statements, with respect to the use of weapons of mass destruction, are actions that we cannot remain an  observer or spectator to," he added.
The US also showed heightened concern about the renewed fighting.
"We are very concerned about the situation in Aleppo," White House  spokesman Jay Carney said on Friday, condemning President Bashar al-Assad's "heinous, reprehensible" assault on civilians.
"The kinds of weaponry that they're using against unarmed civilians I think demonstrates the depths of depravity to which Assad has sunk," he told reporters.
But despite the US concern over the violence, the administration has not called for military intervention.
'Violence is increasing'
Meanwhile, the International Committee of the Red Cross announced that it was temporarily relocating some of its foreign staff from Damascus to Lebanon, and was partially suspending operations in Aleppo, due to security concerns.
On Friday, activists said helicopter gunships opened fire on civilians in Aleppo province and that the army had massed troops on the city's borders.
According to a spokesman for the rebel Free Syrian Army, Colonel Abdel Jabbar al-Okaidi, around 100 tanks and a large number of military vehicles had arrived outside Aleppo.
"The violence is increasing together with more military forces coming from Hama and Idlib to support the already existing Assad forces in the west of Aleppo for launching more attacks and committing more massacres," Majid Abdul-nour, an activist, told Al Jazeera on Friday.
In addition to Aleppo, rebels continued to battle with pro-government forces in the capital Damascus on Saturday. Fresh fighting was also reported on Friday in Idlib and Deraa, activists said.
The heavy fighting around Aleppo and Damascus marks a new phase of the violence that has gripped Syria since protests broke out about 17 months ago.
It comes after a bomb attack that killed four of Assad's closest lieutenants in Damascus last week that led some analysts to speculate that the government's grip was failing.
Meanwhile, Assad's government continued to lose supporters. The expatriate opposition announced on Friday that Ikhlas Badawi, who represented the city of Aleppo in Syria's newly elected parliament, had fled to Turkey.
This followed defections of Syrian ambassadors to Iraq, Cyprus and UAE in the past weeks.