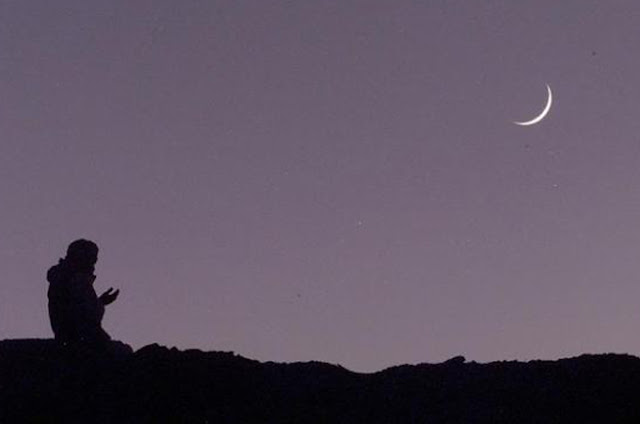 The Muslim holy month of Ramadan, a period devoted to dawn-to-dusk fasting, prayers and good deeds, has begun for most of the world's 1.2 billion Muslims.
Religious authorities in most Middle Eastern countries declared Friday the start of the holy month of Ramadan.
Official statements issued on Thursday in Saudi Arabia, Egypt, Lebanon, Jordan, Qatar, Libya and Yemen said the holy month would start Friday. In other states, Ramadan will be on Saturday.
The sighting of the new moon marks the beginning of the Muslim lunar month that varies between 29 and 30 days. Some countries use astronomical calculations and observatories, while others rely on the naked eye alone, leading sometimes to different starting times in the Middle East.
Ramadan begins around 11 days earlier each year.
Political differences and religious disputes between Sunni- and Shia-majority countries have often played a role in different starting dates for the holy month, which is usually calculated based on the sighting of a new moon.
Highlighting the turmoil in Syria, Syria's government said the holy month will begin on Saturday - in contrast to the opposition Syrian National Council, which said it is to be observed starting on Friday.
Self-discipline and reflection
Muslims believe Ramadan to be the month in which the first verses of the Quran, Islam's holy book, were revealed to the Prophet Muhammad more than 1,400 years ago.
Ramadan begins with the first sighting of the new crescent moon in the ninth month of the lunar calendar, during which Muslims practice sawm, or fasting, from before sunrise to after sunset for the entire month.
During the month, Muslims are expected to abstain from food, drink, smoking and sex to focus on spirituality, good deeds and charity.
Families and friends get up early for suhoor, the last meal eaten before the sun rises, and at the end of a day of fasting, gather for iftar, the breaking of the fast at sunset.
Self-discipline and reflection are primary objectives of the fast. It is also an opportunity to practice self-control and to cleanse the body, which Muslims see as helping their spiritual devotion.
Muslims around the world also consider the month is one of blessing, marked by prayer and charity. In many Muslim countries, offices are required by law to reduce working hours and most restaurants are closed during daylight hours.