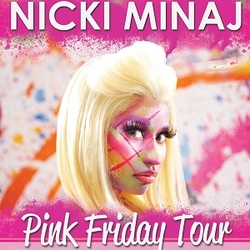 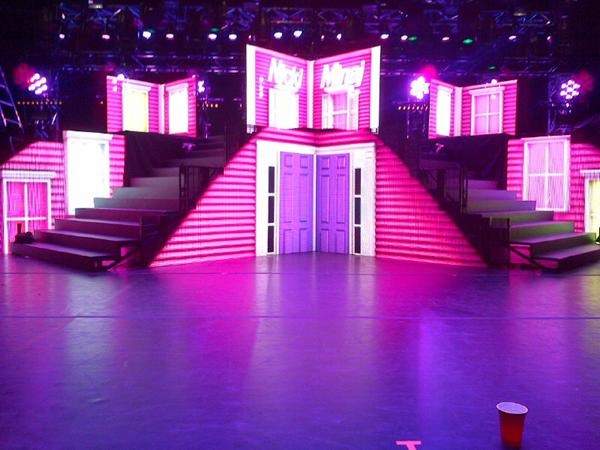 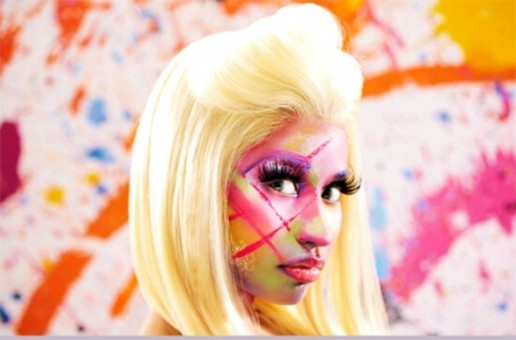 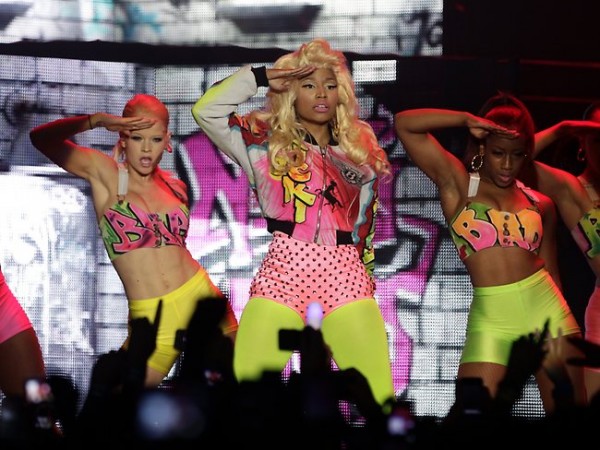 “Starships” is the song that caused Nicki Minaj a heap of trouble. At Hot 97’s Summer Jam last month, Ms. Minaj withdrew from the concert after one of the radio station’s D.J.’s, Peter Rosenberg, derided that song as too pop, and also derided its fans, more or less for being too female.

It was an awkward, unfortunate exchange between hip-hop’s competing poles of traditionalism and experimentation. It was even more awkward because, more so than almost any other current rapper, Ms. Minaj can operate successfully at both extremes — she’s a top-notch rapper when she chooses to be and a flagrant rewirer of hip-hop orthodoxies much of the rest of the time. Her liminal status was what was really on trial. “Starships” was just a sacrificial jam.

“Super Bass,” though, is the song that marked the real turning point for Ms. Minaj and, by extension, for hip-hop. Originally just a bonus track on her debut album, “Pink Friday” (Young Money/Cash Money/Universal), it began to develop a life of its own not long after the country superstar Taylor Swift sang its praises and rapped its lyrics, in a radio interview. Suddenly, Ms. Minaj, randy and extreme, appeared perfectly palatable, a naughty choice but also an acceptable one.

Ms. Minaj performed that song on Monday night at the Chicago Theater here, capping off an outrageously joyful 90-minute performance that was the first date of the North American leg of her Pink Friday tour. (A New York date has not been announced.) It has become a signature song, a surprise for an artist who first made a name with short, dangerous guest verses on other people’s songs. As a young rapper, Ms. Minaj was an assassin. As a star herself, she has become emotionally and tonally varied, sometimes an outright softy.

Unlike almost any other rapper, she manages to exist on pop radio and hip-hop radio simultaneously (generally with different songs), and she’s equally comfortable in both spaces.

In the last couple of years, Ms. Minaj has filled a vast gap that had been there for some time, becoming a pop star who just happens to be someone who primarily raps (like her labelmate Drake, she also sings), as opposed to a rapper who happens to become very popular.

She inspires fervor. Even when she was on a slow simmer on Monday, her crowd was manic, vibrating, loose. At one point Ms. Minaj, who keeps up a frisky banter with her fans on Twitter, invited some fans on stage and embraced them. One, whom Ms. Minaj described as a longtime supporter on Twitter, held on a few seconds longer than the rest, then pulled away and gave Ms. Minaj a pleading look, before she was shooed away.

“She got the nerve to be like, ‘Can you spray me with the perfume?’ ” Ms. Minaj said, with an incredulous laugh. “Like I got the perfume on me!” (Her fragrance brand will be released in the fall.)

Branding is an essential part of Ms. Minaj’s arsenal, from her signature wigs, her unexpected and sometimes ludicrous fashion choices, to her endorsements. She is surface, and surface is her. But that surface obscures her innards to a degree matched in pop music only by Lady Gaga.

That’s a shame, because Ms. Minaj’s inner life, at least as expressed through her songs, is intense. She writes convincingly about love and, less often, about her sometimes tough upbringing. Both of her albums have privileged style over content, for better and worse, but she’s strategic enough to dole out the deeper stuff when needed.

Still it’s her flagrant embrace of style that’s made her something of a hero. Where hip-hop has been, so goes Nicki Minaj. And where Nicki Minaj goes, so might hip-hop. Throughout this concert came several small segments that were testaments to her flexibility and ubiquity.

At one point she did “Up All Night” and “Make Me Proud,” moody songs she recorded with Drake, followed by songs in which she had played the scene-stealing second fiddle, as on Ludacris’s “My Chick Bad” and Trey Songz’s “Bottoms Up.” And then came some Caribbean edge, with Sean Kingston’s “Letting Go (Dutty Love)” and Gyptian’s “Hold You.” At one point, she said of her most recent album, “Pink Friday: Roman Reloaded,” somewhat defensively: “Yes I experimented with dance tracks. Some of them pertain only to the really freaky boys.”

That was in the middle of a run of high-BPM numbers, just after “Pound the Alarm,” during which one overeager male fan was removed from the theater for trying to climb on stage, and just before a pair of songs she did with the French dance-music star David Guetta, “Turn Me On” and “Where Them Girls At.”

Then, with the energy in the room high, she channeled it into tough anger. “You better not break her heart, O.K.?” she said to one man in the audience there with his girlfriend. What should one do to recover from a failed relationship, she continued: “Cut the clothes up? Burn the car? I wrote a song.”

That song was “Fire Burns,” which oozed with far less energy than most of her catalog, At this point she was in a pink dress, and the backdrop had changed to an idyllic Barbie-esque house. From there, she moved into “Save Me,” another slow burn, and a more meaningful one.

For 20 minutes or so at this point, she’d been violating hip-hop protocols, and barely had a stain on her. She left the stage for a few minutes, her “Marilyn Monroe” playing over the loudspeakers, and when she re-emerged, she was dressed like one of the Fly Girls from “In Living Color,” gold chain and all. She performed a few songs, including “Go Hard” and “Itty Bitty Piggy,” from “Beam Me Up Scotty,” her 2009 mixtape.

“On Twitter, they were like, ‘You better do your mixtape songs, Nicki,’ ” she said of the messages from fans. “I was like, I don’t even remember those,” she said.

And she giggled, because she absolutely does.