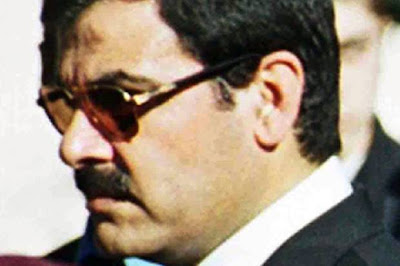 Syria's defence minister and Interior minister are among those who were killed after a suicide bomber struck the National Security building in Damascus during a meeting of cabinet ministers and senior security officials, state media reported.
Defence minister General Rajha and his deputy Assef Shawkat - the brother-in-law of President Bashar al-Assad - were killed on Wednesday in the deadliest assault on government officials since the violence began 16 months ago.
Also killed were Interior Minister Mohammed Ibrahim al-Shaar and General Hassan Turkmani, a former defence minister and currently Syria's deputy vice president, who later died of his injuries,
The head of the national security office Hisham Bekhtyar were among those seriously wounded in the bombing, state television said.
The attack took place as government ministers and a number of security officials were meeting at the building in the district of Rawda, according to state TV.
Fahad Jassim al Feraj has been named new defence minister, state TV said.
Liwa al-Islam, an Islamist rebel group whose name means "The Brigade of Islam", claimed responsibility for the blast.
It said in a statement on its Facebook page that it "targeted the cell called the crisis control room in the capital of Damascus". A spokesman for the group confirmed the claim by telephone.
The attack was also claimed by the Free Syrian Army.
"This is the volcano we talked about, we have just started," spokesman Qassim Saadedine said.
Five explosions were also heard on Wednesday near the northwestern Damascus district of Muhajireen, close to the base of the Fourth Armoured Division that is led by al-Assad's brother Maher, residents said.
It was not clear whether those forces were being targeted.
Syria's information minister denied on state television that any explosion had occurred at the base.
Rajha, 65, is the most senior government official to be killed in the Syrian civil war as rebels battle to oust Assad.
A former army general, Rajha was the most senior Christian government official in Syria. Assad appointed him to the post last year.
Syrian state TV said that several other participants in a top-level meeting who were wounded in the blast had been rushed to Al-Shami hospital in the capital.
'Significant' attack
Al Jazeera's Rula Amin, reporting from Beirut, the capital of neighbouring Lebanon, said: "The fact that [the atack] happened near where the president lives is significant."
"It seems it is a very serious explosion and we are not sure if it’s a suicide bomber in a car or if it’s one of the bodyguards or one of the insiders who blew himself up as a high-level meeting was taking place with a number of ministers and high level security official attending it."
The explosion came as clashes beween the Syrian military and the Free Syrian Army in Damascus entered a fourth straight day.
Citing the UK-based Syrian Observatory for Human Rights, news agencies reported sounds of explosions on the outskirts of the Syrian capital on Wednesday.
Fighting was also reported in the central district of al-Midan, where rebel fighters are holed up. There were no immediate reports of casualties.
More government forces and tanks were deployed in areas inside and around Damascus following the violence, activists said. Street to street battles were taking place across the city, sources told Al Jazeera.
"When you're talking about clashes taking place in at least seven or eight parts of Damascus then they are affecting the entire city," Al Jazeera's Nisreen el-Shamayleh reported from Amman in neighbouring Jordan.

"Al-Midan is a ver big Sunni neighbourhood in the heart of Damascus. And many of the other areas are also close to security installations and government offices and buildings. so these are very significant clashes taking place in the heart of Damascus," she said.
The SOHR also said that more than 60 soldiers had been killed in clashes with the FSA fighters in the past 48 hours, but there was no independent confirmation of the claim as foreign media is barred from reporting inside Syria.
The Observatory's Rami Abdel Rahman told the AFP news agency: "Between 40 and 50 soldiers of the regular Syrian forces were killed the day before yesterday [Monday] in fighting in Damascus, and at least 20 were killed yesterday."
He said that forces of the presidential guard had deployed around the capital, but "they are not involved in the fighting" that erupted in several districts of the city on Sunday.
'Victory is nigh'
Soldiers loyal to Assad have called on civilians in Damascus areas controlled by the rebels to "leave immediately" ahead of an attack to purge those areas of "terrorists", activists said.
The rebels said on Tuesday they had intensified their offensive, declaring the latest phase of their offensive would "liberate" Damascus. A rebel spokesman said "victory is nigh".
"We have transferred the battle from Damascus province to the capital. We have a clear plan to control the whole of Damascus. We only have light weapons, but it's enough,' said FSA spokesman Qassim Saadedine.
"Expect surprises," Saadeddine added, before adding later that rebels had downed a helicopter over Qaboon, although an activist in the district said there was "no foundation" to the report.
The fighting came as Ban Ki-moon, the UN secretary general, pressed leaders of Syria's major ally, China, to back tougher action to stop violence.
Ban met Hu Jintao, the Chinese president, in Beijing on Wednesday before the vote on the Western resolution that links the renewal of a UN mission in Syria with a threat to impose sanctions if the regime does not pull back heavy weapons.
But diplomats warned there is little chance the resolution will be adopted by a divided council.
The key stumbling block is the Western demand for the resolution to impose non-military sanctions, which is tied to Chapter 7 of the UN Charter, and which could eventually pave the way for military force to end the conflict in Syria.
Russia, another Syria ally with veto power at the Security Council, is reportedly opposed to any mention of non-military sanctions or Chapter 7, but the US and its European allies insist it must be included in a new resolution.
Late on Tuesday, Russia called for consultations on the proposed resolution. Alexander Pankin, a Russian deputy ambassador, said after the meetings that any mention of Chapter 7 or sanctions were still a "red line for Moscow".
Both Russia and China have previously vetoed Security Council resolutions seeking to take a hard line on the violence-wracked country.