In Ethiopia ethnic clashes Many killed 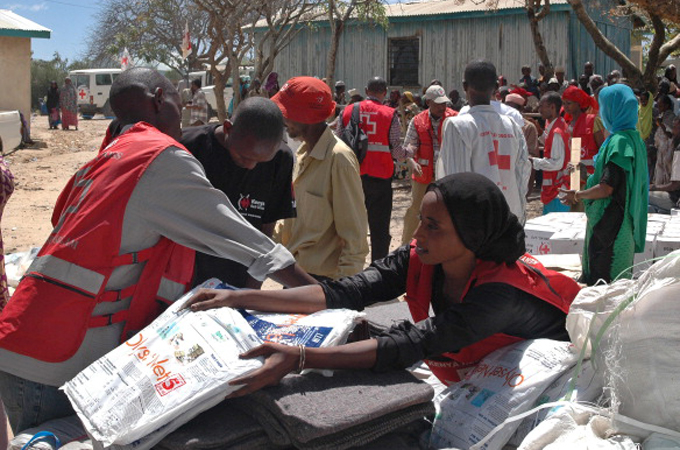 Ethnic clashes in southern Ethiopia over land rights have left 18 people killed and caused thousands to flee across the nearby border to Kenya, the Kenyan Red Cross has said.
Members of the Borana and Garri groups clashed around the town of Moyale, which is on Ethiopia's border with Kenya.
"Garris have been settled into the disputed lands that Boranas claim ownership of," the Red Cross said in a statement on Saturday.
An estimated 20,000 refugees were being registered at temporary camps set up in Kenyan schools in the border area.
At least six people were wounded. Their injuries included gunshot wounds and internal bleeding, the group said.
The Red Cross said the situation was worsened by the effects from a drought that hit the area earlier this year.