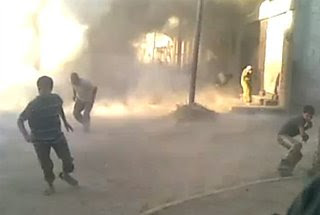 The most prominent defector from the Syrian regime has offered to help unite the country's fractured opposition.
Brig. Gen. Manaf Tlass told the Saudi daily Al-Sharq Al-Awsat in an interview appearing Thursday that he had tried to convince President Bashar Assad not to use the security option when dealing with the protesters
Speaking from Saudi Arabia, the son of a former defense minister said he was in talks with members of the opposition outside Syria and was ready to help put together "a roadmap to get us out of this crisis."
He said there were good people in the regime and urged the preservation of Syria's institutions to avoid a sectarian war.
Tlass, a Sunni, has long been close to the Assad family.